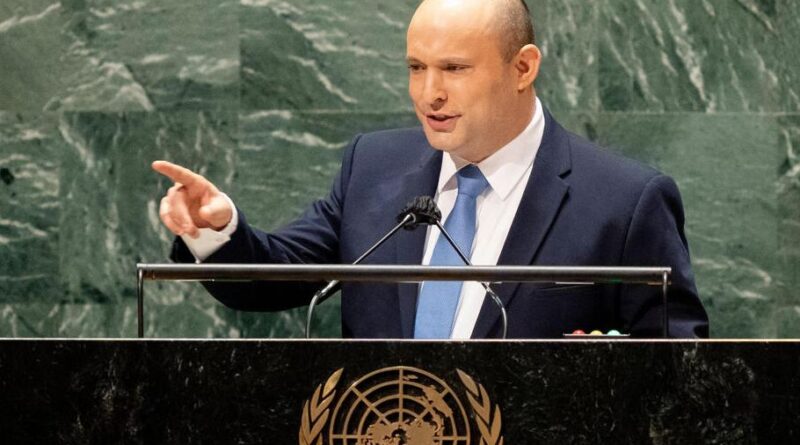 Naftali Bennett on Monday, Sept. 27 revealed that Iran was building nuclear arms at three secret locations, Turkoozabad, Tehran and Merivan, in his first address to the UN General Assembly as Israel’s prime minister. “Words won’t stop centrifuges spinning,” he said. “Iran has reached a watershed moment, but so has our patience. We will never let Iran have a nuclear bomb. If we use our resourcefulness, we can prevail. And that is what we intend to do.”

The prime minister stressed that Iranian terror is not confined to Israel and pointed to its setting up of a kamikaze drone unit of UAVs packed with explosives, wide-ranging and capable of hitting multiple targets. And not just in Israel. Dubbed Shehad-136, this deadly weapon has already been wielded against Saudi Arabia, US targets in Iraq, and commercial vessels at sea. Tehran plans to equip its proxies in Yemen, Iraq, Syria and Lebanon with hundreds and later thousands of these killer-drones, “In our experience, what starts in the Middle East doesn’t end there,” Bennett noted.

Iran has spent the last years in a leap forward in nuclear research and development, production and enrichment and reached a critical moment. “It has breached every red line. Wishful thinking has proved false,” said Bennett.

“Iran has violated its contract with the IAEA and is getting away with it; harassing the UN inspectors and sabotaging their efforts, without being punished They have raised uranium enrichment to 60pc purity, a short step before weapons grade, with paying any price.,” he said. “There are people who have decided that Iran’s drive for a nuke is unstoppable, or they may be fed up with hearing about it. Israel doesn’t have that privilege. We will not tire and will not let Iran have a nuclear weapon.,” the prime minister stressed.