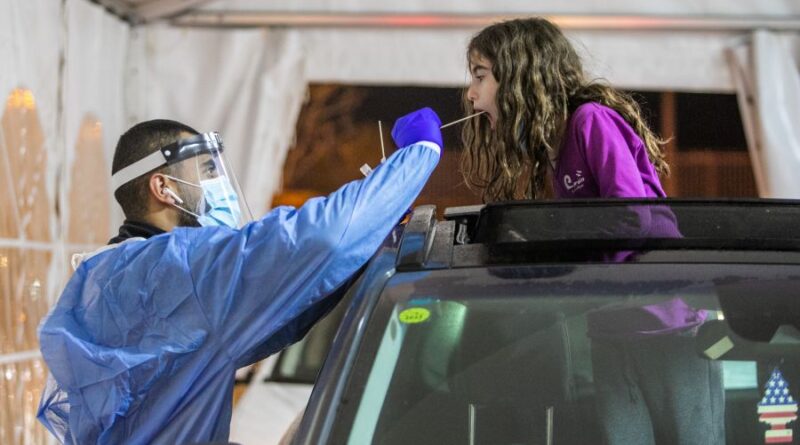 Nearly 40,000 tested positive for Covid-19 in Israel on Tuesday, Jan. 11 although the real figure is closer to 100,000. PM Naftali Bennett denied that the government had lost control of the pandemic since the advent of the wildly contagious Omicron variant. In a broadcast press conference, he predicted that the current wave would claim millions of victims before it was spent – hopefully in a couple of weeks. He vowed nonetheless to keep the market open and the economy working. ‘Lockdown doesn’t work,” he said. Shortening mandatory isolation from ten to seven days should ease some manpower shortages, especially in the medical profession which is under heavy strain.

The prime minister announced it had been decided that the state would cover the wages of workers forced into isolation as well as the self-employed. The government also promised to address the demands of small business owners frustrated over the grave losses they have suffered as a result of the pandemic now in its third year. However, Bennett stressed, payouts would be awarded selectively to defined segments of the economy – not universally.

Most children have still not been vaccinated and therefore require special protection, Bennett said. Quarantine rules will be applied in cases of child infection in the same way as for adults. Above all, vaccinating them is more urgent than ever before. Three home tests free of charge will be awarded to every child.

Referring to the state of the virus in the military, Col. Noam Fink, Deputy Chief Medical Officer, reported 6,400 confirmed Covid cases, a figure that was still rocketing at the rate of 1,000 a day. The most stringent measures of quarantine, small groups, testing, confinement to base, and other directives were being applied in all parts of the army, the officer said. While some soldiers down with the virus are being sent home, others are kept back for lack of quarantine facilities at home. Training exercises for reservists have been called off until the end of January, to cut down on infection. At the same time, Col. Fink admitted concern about the fallout of Omicron prevalence on the IDF’s operational readiness.