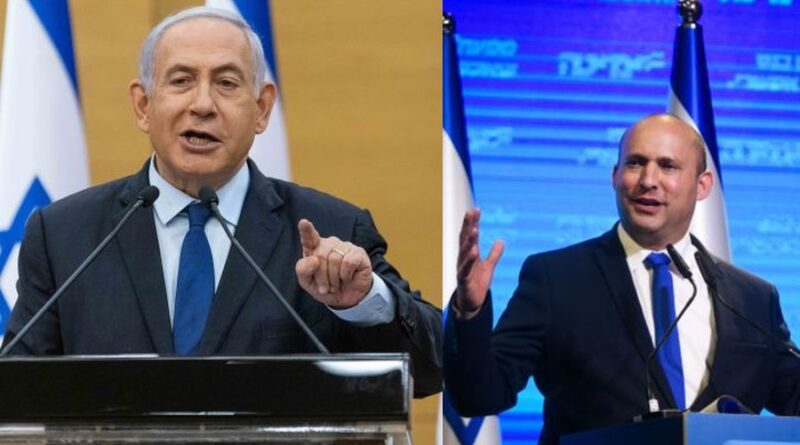 As Yamina’s Naftali Bennett came ever closer on Sunday, May 30, to becoming Israel’s next prime minister, battle lines were drawn. Bennett challenged Likud leader Binyamin Netanyahu – the prime minister he is committed to oust = over the soul of the rightwing sector of Israeli politics. The battle is liable to be long..

In a TV address on Sunday night, Bennett pitched his controversial decision to lead a new government in partnership with “my friend” opposition leader Yair Lapid. He explained that far from being a left-wing government, the new lineup would be weighted in favor of right-wing views and would, in fact, be a government of unity. The left-wing partners had made ideological concessions, he said, for the sake of a government that will not be against anyone but positive and unifying. To avoid a fifth election, all the partners had set aside their iews on some issues. The Yamina leader pledged that the new government would not abandon territory or separate it from {from sovereign Israel] and if a military operation was called for, it would go forward. According to Bennett, Netanyahu’s proposal for a three-way split of the premiership with himself and Gideon Saar had been rejected because no one trusted him to keep faith.

In his riposte, Netanyahu accused Bennett of the “biggest scam of the century.” His high flown, hollow phraseology could not conceal the real reason for jumping over to a left-wing government, which was in fact to seize his big chance of being prime minister for two years. Netanyahu questioned how this deeply fragmented, dissonant government could come together for profoundly controversial decisions, such as when a military action became necessary, when their views range from extreme pacifist to ultra-hawkish. This lineup is dangerous to Israel’s security and its future, Netanyahu said.

Yair Lapid’s mandate for forming a government runs out at midnight Wednesday. He believes that with Bennett he has put together a government coalition ready to present to the president for approval. He must then present it to the Knesset and seek majority endorsement. There is still time for Likud’s last-ditch maneuvers for upsetting the Lapid-Bennett applecart. Netanyahu said that setting up a right-wing government was still possible.  Both sides will be vying over who can pull the most rightwing support.