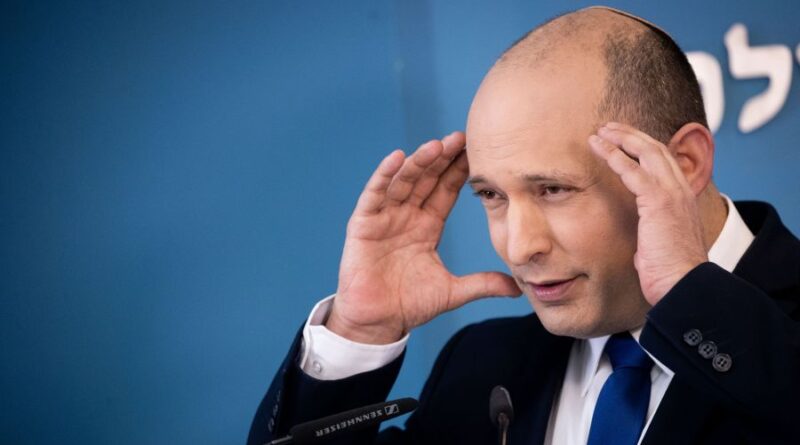 When PM Naftali Bennett makes the Iranian nuclear issue the crux of his first encounter with President Joe Biden at the White House on Thursday, Aug. 26, he will in fact be falling back on his predecessor Binyamin Netanyahu’s firm objection to his host’s efforts to revive the lapsed 2015 nuclear accord by fresh talks.

As to the “new spirit” he hoped to bring to the meeting, he told reporters before boarding the flight to the US that he would “seek common ground with the Biden administration on Iran and promised…a new and constructive approach to containing Iran’s nuclear program.” He did not amplify on this “approach.” However, foreign minister Yair Lapid and defense minister Benny Gantz. his senior partners in the new government established in June set the tone by committing to a policy of “lining up with Washington” on Mid East policies.

Neither did his words on the Palestinian issue in his first interview with an international publication break new ground. He said he would expand West Bank settlements, declined to back American plans to reopen a consulate for Palestinians in Jerusalem and ruled out reaching a peace agreement. In essence: although he dropped annexation, he also ruled out a Palestinian state, whereas Biden and the Democratic Party have consistently objected to settlement expansion and held to a two-state solution of the dispute.

Even The New York Times., no fan of Netanyahu, concluded after interviewing his successor that the “new spirit” in the relationship hailed by the prime minister is one of tone rather than substance.

“I call it the good-will government,” Bennett said. “There’s a new dimension here — coming up with new ways to address problems, being very realistic, very pragmatic, and being reasonable with friends.” Political sources in Jerusalem fear that the new leader’s exceptional openness to “friends” in place of solid positions on crucial issues may well be interpreted as weakness and openness to pressures to toe the Washington line.

At the same time, the prime minister will be greeted by an American president beset with major quandaries and an approval rating that has plunged from 62 pc to 42pc over the Afghanistan debacle. Three out of four Americans believe that mismanagement of the US withdrawal has opened the door for al-Qaeda and the Islamic state to re-establish bases for terrorist attacks on the US. Biden also faces a loss of credibility in the eyes of Western allies. Clearly, this is hardly the right moment for the Israeli prime minister to find common ground with the US president on the Iranian nuclear issue or that Bennett will come out of their first encounter with a substantial reset of the relationship.