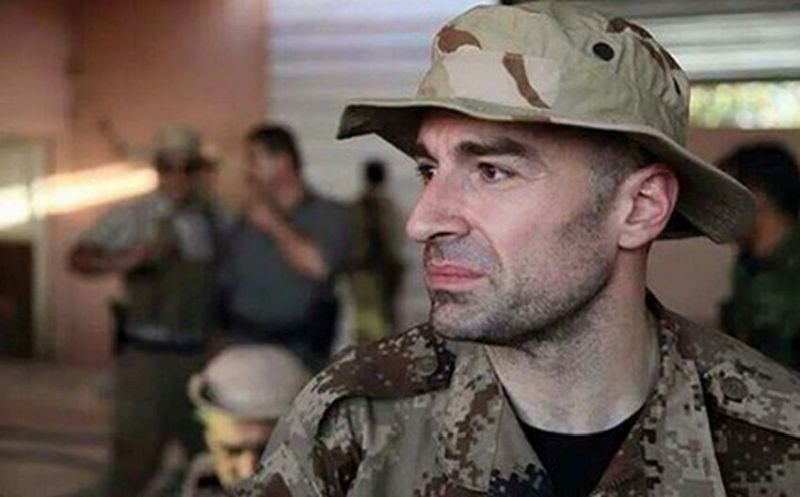 Until then, he ruled from Irbil over a population of five million, commanded an oil-rich republic covering northern Iraq between Iran, Turkey, and Syria and was a safe and trusted ally of the United States.

While the KRG’s ties with Washington were open and rested on the Kurdish contribution to the US-led war on Islamist terrorists (This week the Kurdish-led SDF won a victory over ISIS in Syrian Raqqa.), its relations with Israel were more discreet. They hinged mainly on military and intelligence support, economic ties and oil sales to Israel, who stepped in as a purchaser when international markets shut out Kurdish oil for fear of Iraqi reprisals.

The KRG was proud of its orderly institutions of government, its Peshmerga army and its efficient intelligence apparatus. Its modern economy prospered, nourished by the $17 billion brought in by its control of 45 percent of Iraqi oil.

Even as recently as September, Moscow had advanced Irbil loans against oil guarantees, ahead of it’s one billion dollar investment in developing the oil and gas industries under KRG control. Other international firms had given the KRG loans against the same guarantees.

Then Barazani decided that thriving Kurdistan was ripe for full independence and separation from Iraq. The independence referendum he conducted on Sept. 25 showed that the majority of his people was ready to go forward.

Less than a month later, on Oct. 16, the Iraqi army and pro-Iranian forces mounted a lightning attack on Kirkuk and its oil centers. Astonishingly, the celebrated Peshmerga failed to fight in its defense. And so, in the space of 12 hours, all the KRG’s good fortune came crashing down.

It may be said that never has a national minority in the Middle East been robbed of all its possessions at such dizzying speed, with only token resistance and without massive bloodshed. The short exchange of fire early Monday left 19 dead.

On Tuesday, when it was over, the broken KRG rulers of Irbil sent a secret message to Baghdad conceding all the lands Kurdish forces had occupied in the last 14 years since the 2003 US invasion of Iraq. DEBKA Weekly’s sources disclose that they ordered Kurdish troops to withdraw from Dyala in Iraq’s eastern border with Iran, Khanaqin in the center and Sinjar in the north.

While the Kurds were still trying to digest the loss of Kirkuk, The Revolutionary Guards general, Qassem Soleimani, who hatched the coup, was already setting up five Iranian Revolutionary Guards garrisons and a command center in the oil city. Although those troops were nominally dressed in Iraqi military uniforms, the oil of Iraqi Kirkuk was ready for a grab by Tehran.

Wednesday, the pro-Iranian militias which seized Kirkuk on Monday were waiting for the order to use their momentum and go all the way to the KRG capital of Irbil, as well as Suleimaniya and Dohuk.

A convulsion of this magnitude does not unfold spontaneously without human instrumentation.

But it was only part of the intricate conspiracy which Soleimani had pulled off in less than three days of bargaining, intimidation, bribes and finally military action.

As DEBKA Weekly reveals here for the first time, the key to Part II is a dark character known to the Kurds as “White Wolf.”

Bafel Talabani, Soleimani’s main instrument for neutralizing the Kurdish Peshmerga in Kirkuk, is the eldest son of the former Iraqi Vice President Jalal Talabani, leader of the Patriotic Union of Kurdistan (PUK), which is the Barzani clan’s main political rival.

Talabani Junior jumped at the chance to bring the hated Barzani rule low, convinced that it would plant his feet on the road to becoming strongman of Iraqi Kurdistan.

Bafel, now in his 40s, was deeply inspired by his father. His own record in the PUK party is murky, although he gained the reputation of a shrewd politician, an astute deal maker and peacemaker among the quarrelling Kurdish factions.

Formally head of the party’s “intelligence agency,” his name was linked to a “counterintelligence mission” in 2003 which was reputed to have been behind the assassination of Abdullah Qasre, a member of the Kurdistan Islam Group’s politburo.

After that episode, he dropped out of sight for a while, appearing only as his father’s shadow.

But meanwhile he looked around and polished his political, military and intelligence skills. Close to his father, Bafel must have shared his deep frustration over the rule of semiautonomous Kurdistan having passed into the hands of their old rivals, the Barzani clan in Irbil, while the Talabanis were relegated to a secondary role in Suleimaniya. For years, he watched and waited for a chance to bring about the Barzanis’ downfall, along with his good friend, the Guards’ Al Qods chief Soleimani, who had meanwhile risen to supreme command of Iranian forces in Syria and Iraq,

The plan they hatched when the moment came was deceptively simple, which may be why no outside intelligence agency caught on to it.

Kurdish Peshmerga units are arranged according to the birthplace of its fighting men. So, when the time came to repel the attack on Kirkuk, the pro-Barzani contingents were shocked to the core when they saw the pro-Talabini soldiers from Suleimaniya going AWOL Their officers were left bereft of troops and in no time the entire Peshmerga defense structure caved in.

Horrified by the disaster, DEBKA Weekly’s intelligence and military sources report that a group of high-ranking Kurdish leaders and officers gathered around Masoud Barzani the next day. They insisted furiously that he dispatch the Peshmerga units forced out of Kirkuk forthwith on a mission to seize traitorous Suleimaniya. They warned him that if Irbil failed to grab hold of the Talabanis’ stronghold, the white wolf would grab Irbil.

With Iran’s Kirkuk coup sending shock waves across the region, it may be too soon to predict all its repercussions. But the motives driving Gen. Soleimani and his sidekick Bafel Talabani are clear: Both are determined to undermine the Barzani regime’s pro-US and pro-Israeli policies and rid Kurdistan of their influence. But, meanwhile, an outbreak of fraternal warfare between Irbil and Suleimaniya can’t be ruled out.