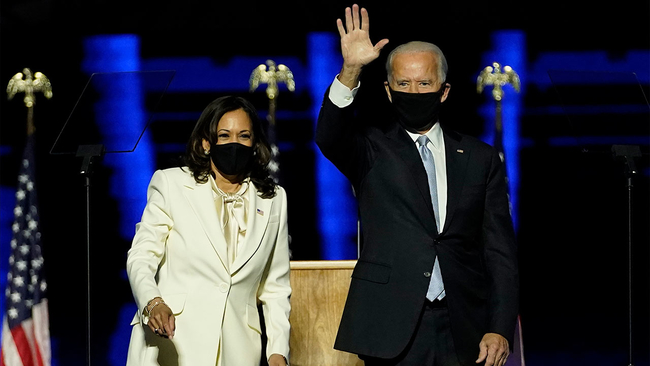 In his first speech after US media acclaimed him president-elect, Joe Biden early Sunday Nov. 8, claimed victory. Speaking from his hometown of Wilmington, Delaware, he pledged to unify America – not divide, while his supporters were out on the streets across US towns celebrating his win.

Early Sunday, Israel’s leaders joined a long line of world leaders who had earlier posted congratulations to Biden and Kamala Harris on their projected victory.

Prime Minister Binyamin Netanyahu tweeted “Joe, we’ve had a long & warm personal relationship for nearly 40 years, and I know you as a great friend of Israel. I look forward to working with both of you to further strengthen the special alliance between the US and Israel.”

He added: “Thank you Donald Trump for the friendship you have shown the state of Israel and me personally, for recognizing Jerusalem and the Golan, for standing up to Iran, for the historic peace accords and for bringing the American-Israeli alliance to unprecedented heights.” Alternate Prime Minister Benny Gantz added his best wishes

Alternative Prime Minister Benny Gantz added his best wishes to Joe Biden, “a long-time supporter and friend of Israel, and to his running mate, Kamala Harris, who has made history as the first woman elected VP,”

Gantz added: “I look forward to continuing to deepen the steadfast bond and strong defense ties between our peoples” Turning to Donald Trump, he added: “The Middle East has taken major steps forward thanks to the president’s bold leadership over these four years, and for that we are immensely grateful.”

And President Reuven Rivlin, in a separate message, sent “the blessings of the Israeli people and of the State of Israel, to our friend Joe Biden on your election,” adding, “I also send congratulations and best wishes for your success, Vice President-elect Kamala Harris.”

DEBKAfile: Netanyahu delayed his message of congratulations to the Democratic leader, posting it several hours after most prominent world leaders. He was intent on striking a balance between his close friendship with Donald Trump and gratitude for his unique support for the Jewish State while also continuing Israel’s historically bipartisan special relations with the United States.

Trump has refused to concede to challenger Biden and announced that as of Monday, his campaign would put its case for questioning the election results before the court.