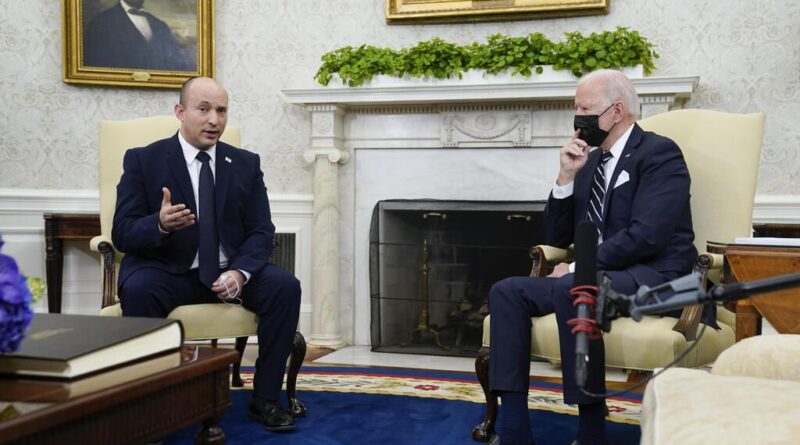 The first encounter between US President Joe Biden and Prime minister Naftali Bennett at the White House on Friday, Aug. 21 turned out to be smooth and amicable after a major hurdle, although little new ground was covered. After being delayed by the Kabul airport terrorist disaster on Thursday, a clearly exhausted Biden nevertheless rescheduled it for Friday afternoon. After a couple more delays, Israel’s leader was finally delivered at the Oval Office for a 25-minute one-one-one that ended 50 minutes later. The two then said a few words to reporters. Neither had anything really new to say. Biden was especially brief:  As expected, He reiterated “our commitment to ensure Iran never develops a nuclear weapon,” adding, “We’re putting diplomacy first and seeing where that takes us. But if diplomacy fails, we’re ready to turn to other options.” Those words came close to those that Bennett had traveled to Washington to hear.

The prime minister made up for the president’s brevity. He commented that “Iran is the world’s number one exporter of terror, instability and human rights violations. And as we sit here right now, the Iranians are spinning their centrifuges in Natanz and Fordo. We’ve got to stop it. And we both agreed.” He went on to say, ”These very days illustrate what the world would look like if a radical Islamic regime acquired a nuclear weapon; that marriage would be a nuclear nightmare for the entire world.”.

The US president then reaffirmed that funding would be available to replenish the ammo of Israel’s Iron Dome anti-rocket system. “We also are going to discuss ways to advance peace and security and prosperity for Israelis and Palestinians,” he said. And he approved a longstanding Israeli request for a visa waiver program between the two countries.

The prime minister thanked Biden for saying Iran will never acquire a nuclear weapon. “Israel has and never will ask American troops to defend Israel,” he stressed. “That’s our job. We will never outsource our security. It’s our responsibility to take care of our fate. But we do thank you for the tools and the back you’ve been giving us and you’re giving us,” he stated.

Bennett offered the condolences of the Israeli people to America over the Kabul disaster that cost the lives of 13 courageous and dedicated servicemen.

Biden praised the new Israeli government as “the most diverse in Israel’s history.”

He summed up his first encounter with the new prime minister by saying they had become good friends.