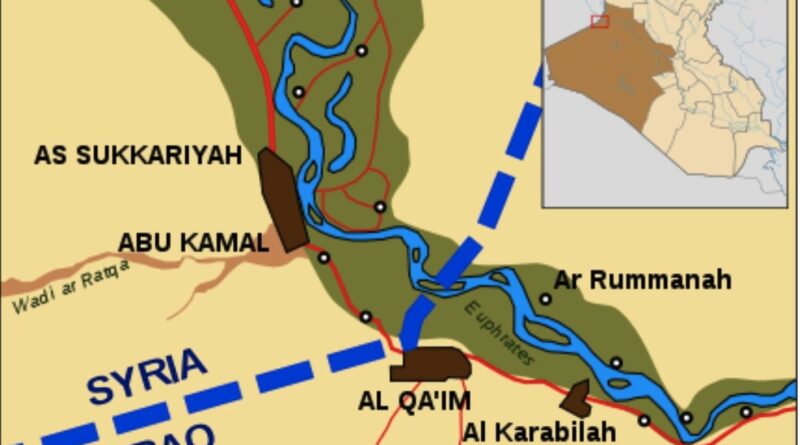 US air strikes against pro-Iranian militias in Syria and Iraq went into their second day on Monday, June 28 – this time after a fresh militia rocket attack on the US base securing the al-Omar oil field, Syria’s largest, in the eastern Deir ez-Zor province. At least 8 rockets were said to have hit the base, after which US warplanes struck the Iranian Revolutionary Guards largest rocket store in Syria and Iraq.

The incident occurred just a day after US air strikes were conducted against two pro-Iranian militia targets in Syria and one in Iraq, on the direct orders of the US president. Pentagon spokesman John Kirby said in a statement, “At President Biden’s direction, US military forces…conducted defensive precision air strikes against operational and weapons storage facilities at two sites in Syria and one in Iraq, used by Iran-backed militia groups in the Iraq-Syria border region.” The groups, including Kataeb Hezbollah and Kataeb Sayyid al-Shuhada, two hardline Iraqi military factions with close ties to Teheran, “engaged in unmanned aerial vehicle (UAV) attacks against US personnel and facilities in Iraq,”

According to the Pentagon, US fighter jets dropped seven 500-lb Joint Direct Attack Munition-guided precision bombs, hitting seven targets, which included a crossing used by the armed groups to move weapons across the border. Syrian opposition sources report that at least 5 militiamen killed and several wounded when three trucks loaded with munitions coming from Iraq into Syria were hit as well as militia border posts. A medical source at a hospital in the area and several local sources told Reuters 17 people had been killed. That toll could not be independently confirmed.

This was the second round of airstrikes that Joe Biden had ordered against Iran-backed militias since taking office after US forces were targeted in 40 attacks this year. On Saturday, three explosive drones wee aimed at Irbil, Iraqi Kurdistan. And on June 20, a rocket landed in the big US Ayn al-Asad airbase where 2,500 troops are deployed in western Iraq.