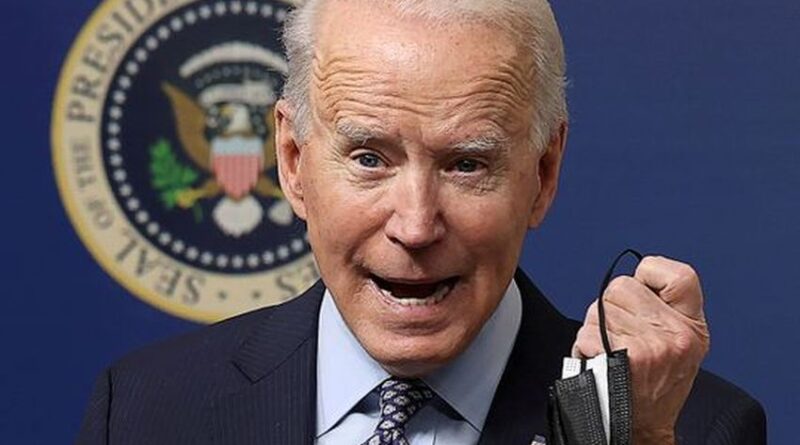 US President Joe Biden has launched meticulous, wide-ranging preparations as the groundwork for renewed nuclear talks with Iran. Tehran is meanwhile keeping up its military momentum.

Foreign Minister Gaby Ashkenazi said on Tuesday, March 2, that Israel and the US had agreed that neither would act on the nuclear issue without notifying the other. He added that the Americans had shown no signs of rushing into an agreement with Iran and he hoped this would not happen. The minister made those remarks in a briefing by Zoom to Israel’s diplomatic envoys in East Asia and the Pacific after he had conducted a “good conversation” with Secretary of State Antony Blinken.

DEBKAfile’s Jerusalem sources were surprised by Ashkenazi’s reassuring tone in comments presumably intended for Asian governments. In the first place, they report, neither the US nor Israel has so far guaranteed not to land surprises on the other’s head. Secondly, Ashkenazi’s calm assurance was premature, since US-Iranian nuclear talks have not even begun or got beyond the preliminary stage of reciprocal feelers. As to his confidence that the Americans were not rushing into a deal, the Biden administration is in fact making the running, while Tehran holds back and keeps on raising the price for new nuclear talks.

The foreign minister’s briefing was therefore wide of the real picture on the interaction between Washington and Jerusalem on how to approach the active Iranian nuclear program. So far, they have only agreed to set up a joint team of US and Israeli nuclear arms experts to set out a detailed roadmap for a US-Iranian accord. That roadmap will be determined at the highest level, possibly even by President Biden or Secretary Blinken in Washington and by Prime Minister Binyamin Netanyahu in Jerusalem.

The Israeli team is to be led by National Security Adviser Meir Ben Shabbat and consist of officials drawn from the security services and the national atomic energy agency. None from the foreign ministry.

This mechanism is roughly a replica of the one operating under the Obama administration alongside the nuclear accord reached in 2015. It was used by President Obama to hide from Israel some of the deals he was striking with Tehran, knowing they would raise strong objections. Israel used its intelligence agencies to get hold of those secrets and confront Obama with awkward questions about the extent of his concessions to Tehran.

At present, the Biden administration is also planning to set up a US-Saudi team, possibly joined by the United Arab Emirates, that would offer the Gulf governments a chance to voice their reservations on US policy and advance their own proposals.
Biden is therefore engaged in far-reaching, weighty preparations for prospective negotiations aimed ultimately to prevent Iran from acquiring a nuclear bomb.
Like Israel, the Saudis and Emiratis are far from being confident about this outcome. The are not happy with Biden’s appointment of Rob Malley as his special envoy for Iran. Malley headed the team preparing the first nuclear deal in 2015. He was always cold to Israel and the Gulf nations and advocated watering down Washington’s strategic ties with both. Biden has just given him a deputy: Richard Nephew, who is a noted American expert on nuclear weapons and sanctions. Nephew is a familiar figure in the Gulf and Jerusalem and his practical expertise is meant to complement Malley’s diplomatic bent and offset the effect in the region of the Malley appointment.

Biden’s painstaking, measured steps toward dialogue with Iran have been accompanied by sound and fury on the ground. On Sunday, March 2, Iran-backed Shiite militias fired 10 rockets into the big US Ain al-Assad air base in western Iraq, retaliation for the US air strike against a compound of the Kata’ib Hezbollah and Kata’ib Sayyid al-Shuhada mititias on the Syrian side of the Iraqi border on Feb. 26. On the same day, Iranian rockets blasted two holes in the Israel cargo ship MV Helios Ray in the Gulf of Oman.

Tehran and its Revolutionary Guards are expected to keep up the military pressure, while avoiding a full-blown confrontation that might scuttle the prospects of profitable diplomacy.