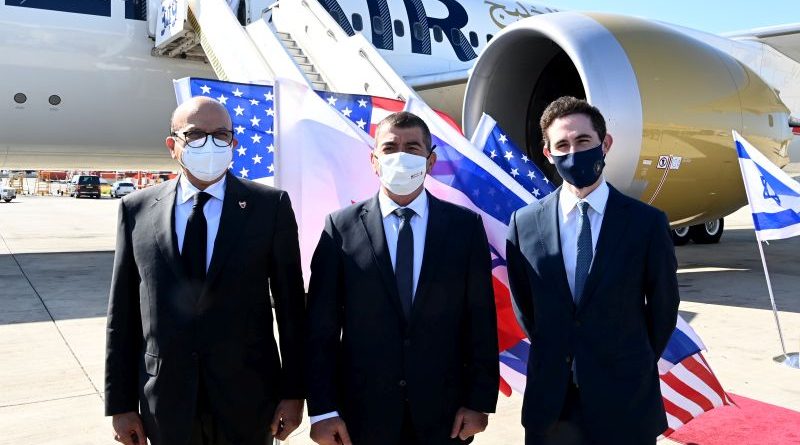 Bahrain’s Foreign Minister Abdullatif bin Rashid al-Zayani urged the presumptive US President-elect Joe Biden to talk with the Gulf states before entering any deals with Iran. He spoke on Wednesday. Nov. 11, while on a visit to Israel, the first by an official from his country, during which he engaged in talks with another visitor, US Secretary of State Mike Pompeo, as well as PM Binyamin Netanyahu. Al Zayani advised the former US vice president that “the situation in the Middle East has changed in the last four years and the dynamics have changed.” Any new deal must therefore not be limited to Iran’s nuclear ambitions but also cover its ballistic missile program and aspirations in the region. Other regional states were expected to raise their concerns to Washington, he said, in view of Biden’s reported plans to return to the  2015 nuclear deal (JCPOA), from which President Donald Trump withdrew in 2018 to loud cheers from the Gulf Arab nations and Israel.

Another warning against this step as “precipitous” came on Wednesday from H R McMaster, US President Donald Trump’s former national security advisor. The only thing that deal achieved, he argued, was to embolden Iran, put hard currency into the hands of the mullahs the while relieving sanctions. “Tehran used the funds, not to support a struggling populace or economy but to enhance its efforts to put a proxy army on Israel’s border, McMaster said.

This week saw rising tensions with Iran centering on a deadly Israeli air raid that struck eight Iranian military facilities in Syria, some embedded in Syrian military compounds, after a Syrian proxy unit planted bombs on the Golan border. The IDF bombardment left an estimated 10 dead, including 5 Iranians, 3 Syrians two pro-Iranian militiamen. Ali Shamkhani, Iran’s national security chief, reacted on Thursday with a harsh warning: “There is no safe and impenetrable haven for criminals and ill-wishers… that the “powerful hands of the Islamic Republic’s defenders cannot reach, sooner or later…”

In McMaster’s view, Israel may well attack Iran itself “if it detects a threat emanating from [the Islamic Republic] – even in the final days of the Republican transition.” In an interview to Fox, he commented: “Israel follows the Begin Doctrine… it will not accept a hostile state having world’s most destructive weapon.”

McM\aster recalled that, in 1981,  the Menahem Begin administration ordered the destruction of Saddam Hussein’s Osirak nuclear reactor and, in 2007, the Olmert government sent the IDF to erase a nuclear weapons facility under construction with North Korean help in the Syrian desert.

The former US national security adviser found the current situation akin to that of 2006, when “Iran was pushing their threshold nuclear weapons capability,” and heightened tensions had spurred Israel to act.