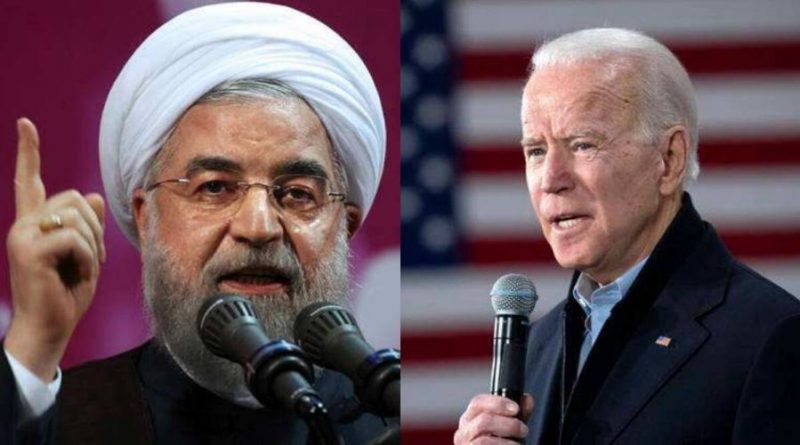 President Joe Biden warned Iran to tread carefully in Iraq when asked on Friday, Feb, 26 what message he was sending by the US air strike that destroyed an Iranian-backed militia compound in Syria 24 hours earlier.

The strike, later revealed to have been conducted by two US F-15 Eagles dropping seven precision-guided bombs, destroyed two buildings of an Iraqi Shiite militia compound in Abu Kamal on the Syrian side of the border with Iraq. In his first comment on that attack, the president warned Iran. “Be careful. You can’t act with impunity.”

The operation has become the subject of debate in his own Democratic party, with some lawmakers fearing it went too far.

DEBKAfile reported earlier: Two-Iranian-backed militia groups on the Syrian-Iraqi border were struck by US air strikes on Thursday night, Feb. 25, in response to multiple rocket attacks on American forces in the region. Secretary of Defense Lloyd Austin said the president Joe Biden had authorized the strikes on his recommendation, after consulting with US allies. Earlier this week, White House spokeswoman Jen Psaki said the US holds Iran accountable for the actions of its proxies.

“Specifically, the strikes destroyed multiple facilities located at a border control point used by a number of groups, including Kata’ib Hezbollah and Kata’ib Sayyid al Shuhada,” Pentagon spokesman John Kirby said. “The operation sends an unambiguous message; President Biden will act to protect American coalition personnel. At the same time, we have acted in a deliberate manner that aims to de-escalate the overall situation in both Eastern Syria and Iraq.”

According to a military source, no more than 7 missiles were dropped on the target. And “up to a handful” of militants were killed. An Iranian site claimed thee were one dead and several lightly injured, while a Syrian opposition sources puts the figure at 17 and reports that buildings and trucks laden with arms were hit.

The site itself has been marked out as part of a weapons smuggling route for the militias, according to a US official. “The strikes were conducted to degrade the groups’ ability to carry out attacks and to send a message about the recent attacks”, the official said.

Echoing the White House, State Department spokesman Ned Price said on Monday “We will hold Iran responsible for the actions of its proxies that attack Americans,”, noting that “many of these attacks have used Iranian-made, Iranian-supplied weapons.”

The first of three militia attacks in the past ten days occurred on Feb. 15, when 14 rockets targeted US and coalition forces in the Kurdish capital of Irbil in northern Iraq. A civilian contractor was killed and 9 others were injured, including four American personnel. The White House warned, “We will respond in a manner and time of our choosing.”

Then at least four rockets struck Balad Air Base north of Baghdad, where a US defense company works on Iraqi combat aircraft. The next day, on the 16th, two rockets were aimed at Baghdad’s Green Zone where the US and other embassies are located, causing no damage or casualties.

The US air strikes of Thursday were confirmed as having been ordered “from the top down.” DEBKAfile adds: US forces clearly exerted strict control over the force used, in order to make a point while avoiding the risk of spillover into a showdown. It is too soon to say whether this operation was a one-off or the opening shot of a planned Biden administration strategy for combating Iran’s proxy wars on the US, its allies and the region at large.