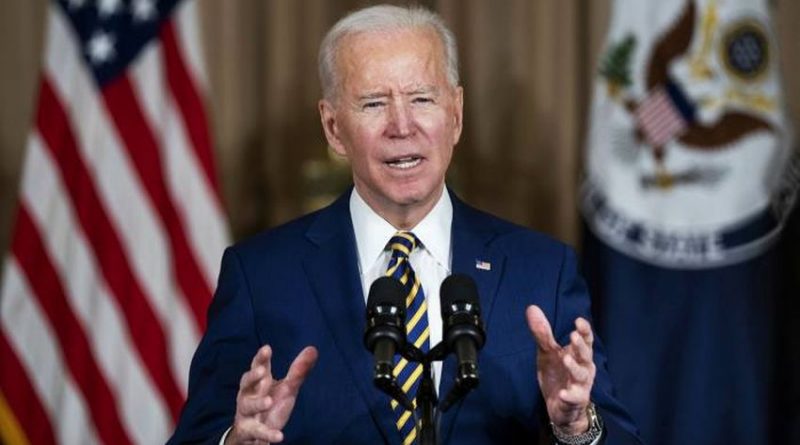 In its initial Iran steps, the Biden administration is exploring ways to bring Iran to the table for renewed nuclear talks without lifting sanctions. President Joe Biden stated firmly on Sunday, Feb. 7 that sanctions will not be lifted “until Iran stops enriching uranium” – even for getting Tehran back to the nuclear negotiating table.

He stated this position hours after Iran’s supreme leader Ayatollah Ali Khamenei declared that the US must lift sanctions before Iran meets its commitments under the nuclear accords.
Biden and his aides have begun mapping out the new administration’s policies for the Middle East and the Iranian question. DEBKAfile’s sources outline five: emerging contours

The Biden administration’s initial moves point to the goal of ending the Yemen conflict on terms designed to open a pathway to positive nuclear negotiations with Iran. While not budging on sanctions, the administration appears to be using key US allies, Saudi Arabia and the United Arab Emirates, for meeting the ayatollah’s demand to take the first step towards re-engagement.

This step consisted of three maneuvers:

Tehran lost no time in rejecting these steps as openings for formal talks. On Saturday, FM Mohammed Javad Zarif said that time was running out for America to rejoin the nuclear accord. “The longer they delay [in abandoning the losing Trump policy] the more they stand to lose,” he said and pointed to two deadlines: The Feb. 21 date set by the parliament in Tehran for the US to lift sanctions, and Iran’s June election. The supreme leader weighed in unequivocally on Sunday to strengthen Zarif’s ultimatum.

The Islamic regime has made it crystal clear that it rejects US steps with regard to its allies as beside the point, and will not give way on the bald, unshakable demand for the US to lift the crippling sanctions imposed by the Trump administration.

Some middle ground will almost certainly be found at some point for formal nuclear talks to resume. Meanwhile, Israel is keeping a wary eye on the Biden administration’s first steps towards a Middle East strategy and its initial goodwill gestures for getting Tehran to the table. Officials in Jerusalem are trying to calculate how this may affect this country’s security interests. The first conclusion to be drawn is that the new US president has no intention of being drawn into direct confrontation with Tehran and has chosen to ease up on Iran’s allies to demonstrate good intentions.

For the Saudis, there is a sacrifice. The withdrawal of US aid aims at compelling the kingdom to break off its war against the pro-Iranian Houthis, even though those same Houthis continue to shoot missiles at will from northern Yemen into Saudi towns and military centers. In this way, Biden is telling the Saudi royals that they are not at liberty to retaliate militarily against Tehran’s ally, but had better start thinking about folding their tents in Yemen and withdrawing from that conflict.

Might the US president’s advisers decide to replicate the Yemen formula in the Syrian arena, where Israel is battling relentlessly against Iran and its proxies, including Hizballah, establishing a foothold on its borders?

This question is likely hovering over the thinking of Israel’s strategists, even taking into account the differences between the two arenas and cases. Although President Biden has reiterated America’s abiding commitment to Israel’s security, this commitment may not extend to a free hand for striking Iranian and proxy targets in Syria and Iraq, as and when its military strategists see fit. Some DEBKAfile sources are not ruling out the possibility of a “request” from Washington to Jerusalem to ease up on those strikes, for the sake of procuring more let-up from Iran on a re-negotiated nuclear deal.