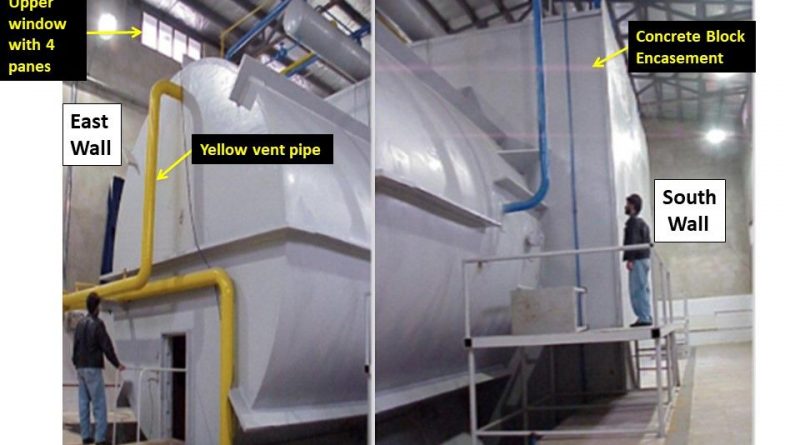 Satellite photos published by AP on Saturday, June 27, show the big blast at Parchin Friday occurred at the site of an underground tunnels system and missile production site hidden in mountains east of Tehran. Officials first claimed it was caused by a gas leak in the “public area” of the Parchin military base, where Iran had in the past been suspected of conducting high-explosive tests for nuclear warheads.

The gas storage area sits near what analysts describe as Iran’s Khojir missile facility. The explosion appears to have struck a facility for the Shahid Bakeri Industrial Group, which makes solid-propellant rockets, according to one analyst cited by the news agency. Large industrial buildings at the site visible from satellite photographs also suggest missile assembly being conducted there.

Last year, the US Defense Intelligence Agency said Iran overall has the largest underground facility program in the Middle East, which “supports most facets of Tehran’s ballistic missile capabilities, including the operational force and the missile development and production program.” Iran has said that the cause of the explosion, which sent a huge fireball over Tehran and charred wide areas of scrubland, is under investigation.
The last major blast at a missile base near Tehran in 2011, that killed Revolutionary Guard’s missile program chief Hassan Tehrani Moghaddam, was initially described by officials as an accident although Israel was suspected.

A large blast at the big Parchin military facility associated in the past with nuclear warhead development was claimed by Iran’s defense ministry spokesman as occurring at a gas storage facility in the public area of the site – not the military base. 30km outside Tehran. The explosion on Thursday night, June 25, sent orange flames and plumes of smoke shooting high in the sky. The spokesman said the fire had been extinguished and there were no casualties.
At around the same time, half of the Iranian city of Shiraz was blacked out by an explosion at the local power station. The two incidents – both under investigation -raised panicky concern on social media of a possible attack on the country.

The nuclear watchdog has for years been denied access to the Parchin military facility to investigate past allegations that it was used prior to 2004 for the secret testing of high explosive components for a nuclear warhead, which Tehran just as consistently denied.

Subsequently, on April 30, 2018, an archive seized by Israel in Tehran revealed that the Parchin site was a key part of Iran’s ongoing nuclear weapons research and development program. This archive contained documentary evidence that in 2003 Iran was operating a nuclear weapons program, codenamed the AMAD Plan, which aimed to build five nuclear weapons and prepare an underground nuclear test site. Parchin was a key part of that program, used for a specialized, difficult to develop, neutron initiator to start the chain reaction in a nuclear explosion. Some of the equipment is believed to be held ready for later use, potentially when Iran’s 2015 nuclear accord with the six world powers expires.
Last week, the International Atomic Energy Agency claimed its inspectors were still denied access to two sites suspected of nuclear activity on the grounds that Iran’s military facilities are out of bounds to external inspection.