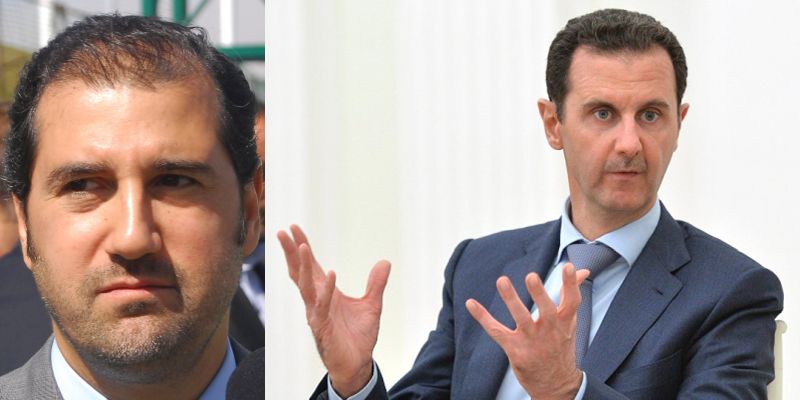 Syria’s finance minister on Tuesday, May 19, ordered the seizure of assets belonging to Rami Makhlouf, President Assad’s billionaire cousin who helped bankroll the regime’s war effort. It was explained as a “precautionary seizure” to guarantee payment of sums owing to the Syrian telecom regulatory authority. Two days earlier, Makhlouf, 51, once a member of the president’s inner circle, claimed in a video statement that he was told to quit as head of Syriatel, the largest mobile operator in the country. This was the latest in a batch of videos he released warning that any actions taken against him could be “catastrophic”for the country’s war-devastated economy.

On Sunday, the billionaire used a Facebook video to charge that Assad’s henchmen were forcing him to step down as head of Syriatel, unless he forked out $180 million in so-called “unpaid taxes.” He was filmed in his sumptuous villa outside Damascus.

The Makhlouf videos started coming after security officials detained 60 managers and technicians of his businesses some weeks ago. “They said you have until Sunday to either comply or the company will be taken, and its assets seized,” Makhlouf said, adding that board members had also been targeted. Describing himself as a legitimate businessman, he said he was forced to forfeit 120 per cent of his profits or be arrested.

“Whoever thinks I will resign under these conditions, doesn’t know me,” he said.

In that year, he was placed under US sanctions for corrupt practices, such as manipulating the Syrian judicial system to intimidate rivals and obtain exclusive foreign licenses and contracts. Parts of the Makhlouf business empire had meanwhile been transferred to Dubai.

This spat in the normally secretive Assad clan has burst into the public domain and driven the first rift in the minority Allawi sect that rule the country since a failed attempt to overthrow Assad’s father Hafez after he seized power in 1984. Some of its privileged members fear a presidential crackdown is coming against those seen as wanting in loyalty or having amassed large fortunes under the Assad patronage.
Once one of the most influential members of the Assad regime, Makhlouf is being targeted and, unless he can get out in time, he may have to part with some of the fortune he amassed as a favorite of the ruling elite. He would not be the first high-flyer to disappear under Assad’s rule.