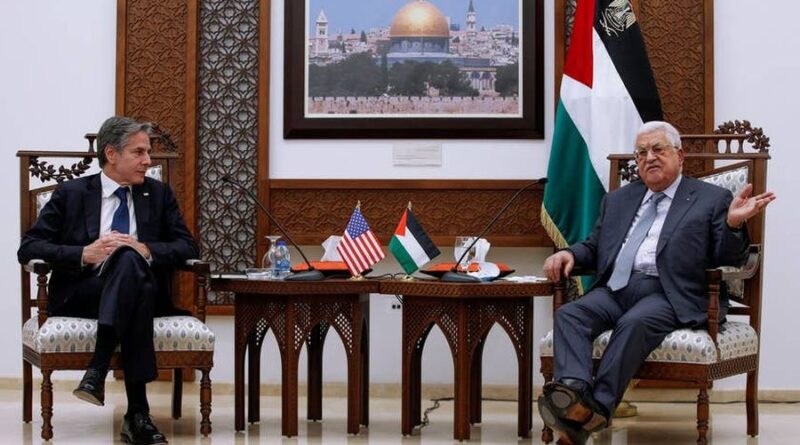 In the two days he spent in Israel – and a few hours in Ramallah – on Wednesday, May 26, visiting US Secretary of State Antony Blinken had a hard time pushing forward the big plans he arrived with. One is getting two billion dollars of reconstruction aid to the Gaza Strip without the money touching the hands of its Hamas rulers, preferably through the Palestinian Authority in Ramallah; and, two, mending the US breach with the Palestinians dating from the Trump era by reopening the separate US consulate in Jerusalem that once served the Palestinians.

Reopening the US consulate in Jerusalem is another non-starter. It was closed in 2018 and merged with the US embassy, which the Trump administration moved from Tel Aviv to Jerusalem in recognition of the city as Israel’s capital. Reopening the mission is seen as a step towards Palestinian statehood which President Joe Biden espouses, with East Jerusalem as its capital at Palestinian insistence.

The US Secretary was informed that Israel’s consent is necessary for the reopening of the consulate in its capital – and this consent will not be forthcoming. The Netanyahu government is not averse to certain conciliatory gestures, such as paying compensation to the Jewish families claiming the properties they owned in the Jerusalem suburb of Sheikh Jarrach before 1948, and stopping the evictions of current Palestinian dwellers. This issue has triggered violent clashes in the last ten days.

Nonetheless, Blinken announced, after talking to Abu Mazen: “The United States will be moving forward with the process to reopen our consulate in Jerusalem.” The top US diplomat was careful to say “process” rather than “decision.”

A nuclear Iran is up there with Jerusalem as the top issues bound to fire up all of Israel’s defensive reflexes. Netanyahu has repeatedly emphasized his government’s objections to the Biden administration’s drive to revive the 2015 nuclear accord the six world powers signed with Iran from which Donald Trump absconded. Any “improvements” would be minor. The administration has countered with a pledge to share information on the subject with Israel.
On Monday, shortly before the Secretary of State landed, Netanyahu declared: “Israel may face independent decisions to stop Iran gaining a nuclear weapon.”  When they met, the visitor almost certainly asked the prime minister to say exactly what he meant by “independent decisions.”