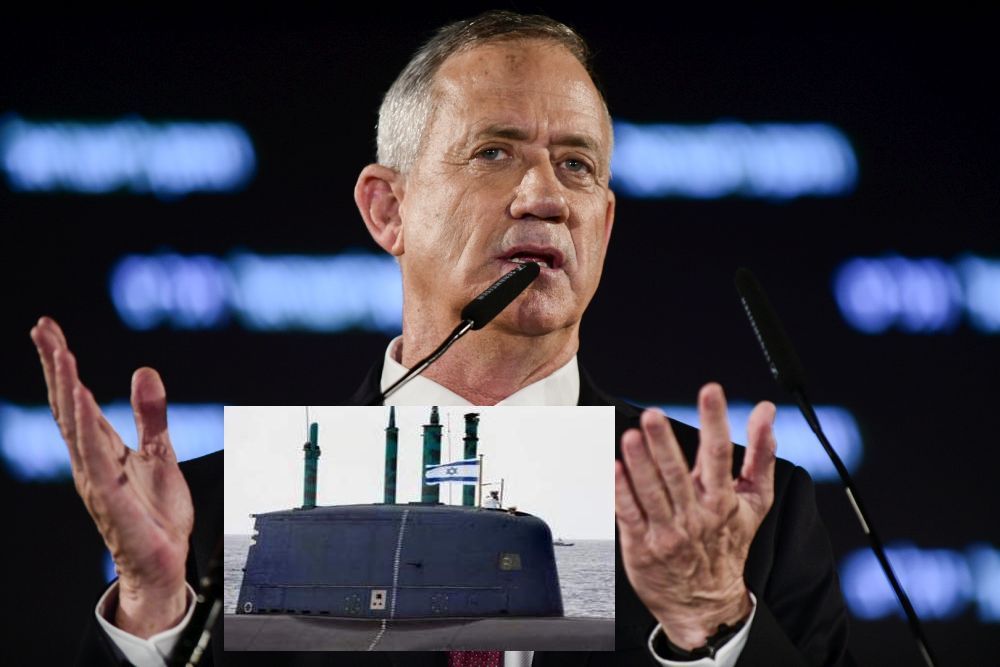 Without hard facts, it cannot be determined whether Blue-White leader Benny Gantz was blowing hot air when he spoke of “fresh evidence” against PM Binyamin Netanyahu in the submarine investigation (Case 3000) during his first recorded interview on Tuesday night, March 19. Some time ago, Netanyahu was cleared of any connection with the case by the police, prosecution and attorney general.

That case threatened to fall apart when, shortly after the interview, the key state witness Miki Ganor reported to the police that he wanted to change his testimony. In his plea bargain with the prosecution in 2017, Ganor had admitted to using bribes to secure submarine contracts for Israel with the German ThyssenKrupp shipbuilders, which he represented. Senior officials questioned in the case were  the prime minister’s personal attorney David Shomron, his former bureau chief David Sharan and former Navy commander Maj. Gen. (res) Eliezer Marom. Tuesday night, Ganor told police officers that he had lied; “I did not bribe anyone,” he said. He was promptly re-arrested on suspicion of obstructing the course of justice. Under questioning, he collapsed and was taken by ambulance to hospital.
There is no information on Ganor’s motive for recanting his testimony, which provided the underpinning for Case 3000. However, by sinking the case, Ganor’s U-turn also sunk the cornerstone of Gantz’s campaign to beat Likud’s Binyamin Netanyahu in the April 9 election and take his place at the helm of government.

The Blue-White leader’s challenge was further undermined by having no facts to offer when challenged by the interviewer on the following issues:

Since no national issues of interest to the average voter, such cost of living, public transport, affordable house, education – and the like, were even touched upon – and even on the Palestinian question, Gantz was vague, his widely-anticipated and aired first press interview cannot be said to have given Blue-White the necessary boost for reversing its downward slide.