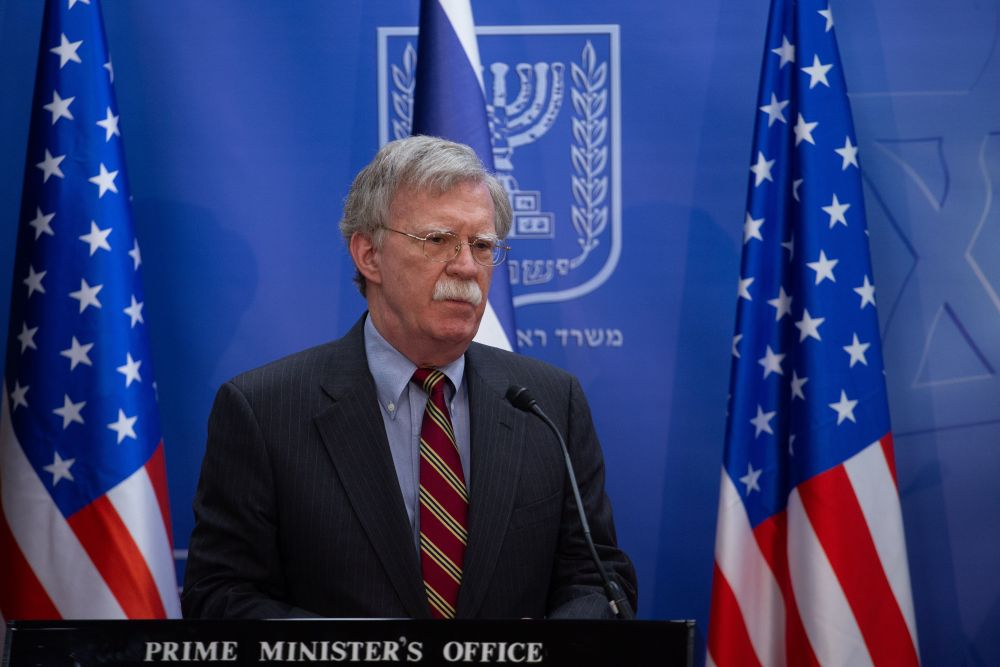 US National Security Adviser John Bolton stressed on arrival in Israel on Saturday, Jan. 5, that “there is absolutely no change” in US opposition to the use of chemical weapons by the Assad regime. Another incident, he said, would bring forth a “more telling response” than the last. Asked if there was specific intelligence about this intention by Assad, Bolton replied in the negative. He noted that this point needed clarifying given the concerns of US allies. DEBKAfile: This message was addressed to London, Paris and Berlin whose troops are stationed in northeast Syria at US bases. They include several hundred members of British special forces and air force units and German intelligence and air force units. There deployments ae unchanged.

In a briefing to reporters flying with him, Bolton disclosed the subjects that would top his talks with Prime Minister and Defense Minister Binyamin Netanyahu on Sunday:

Israel has no faith in any Russian promises for keeping Syria’s borders clear of enemy troops. Six months ago, when the Syrian army with Russian air support seized control of rebel-held positions along the Israeli border, Moscow guaranteed to keep the Iranian military presence at bay in messages that were also addressed to Washington. Yet at this very moment, Iranian and Hizballah forces are parked no more than five kilometers from Israel’s Golan border. Indeed, the “Abu Diab Brigade” has just set up a command base at Tal Al-Hara, which overlooks wide areas of the Golan, including the line of IDF defense positions, and is 12 km from the Israeli border village of Alonei Bashan. This brigade is made up of Iranian Revolutionary Guards Corps Al Qods officers, Hizballah fighting men and commanders and Iraqi pro-Iranian Shiite militiamen – all of them disguised in Syrian military uniforms and carrying Syrian army IDs.

DEBKAfile’s sources add that nothing was agreed regarding Moscow’s compliance with its former undertakings in the conversation Netanyahu and President Vladimir Putin held on Friday. Neither was progress made in their discussion on terms for Israel air force flights over Syria. This issue is critical, since all of southern ‘Syria along the Israeli and Jordanian borders, including the US garrison at Al Tanf, are within range of the S-300 air defense battalion which Russian deployed at Deir ez-Zour in the first week of December.
It is therefore hard to see how John Bolton will be able to allay Israeli and Jordanian concerns about the dangers ensuing from the departure of US troops.
The national security adviser will also raise with the prime minister a matter that is of high concern to Washington, namely, the penetration of Chinese technology in Israel, and direct investment by China in the country, particularly in the port of Haifa, where the Shanghai International Port Group Co-SIPG has won a 25-year contract for operating a new harbor The roles of the Chinese telecommunication companies Huawei Technologies Ltd. and ZTE Corp. will also be brought up.

After meeting Netanyahu, Bolton will head for Turkey. He and US Secretary of State Michael Pompeo will be crisscrossing the Middle East over the next week. Pompeo will be visiting eight countries, including Egypt and Saudi Arabia.