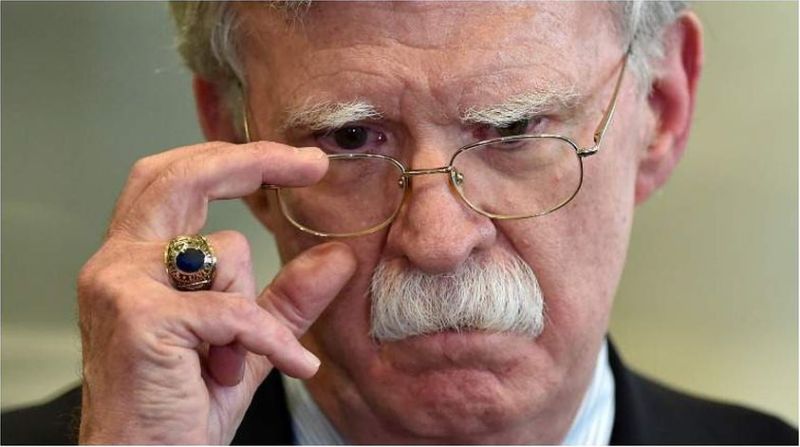 The popular assumption that firing the hawkish John Bolton as national security adviser removed a major obstacle from the path of President Donald Trump’s summit with his Iranian counterpart Hassan Rouhani, at the forthcoming UN General Assembly in New York, is based on a false premise. Bolton’s influence on the president’s central policies, including his strategy for Iran, had been waning sharply for some time. That first became evident more than a year ago, when Trump met with Russian President Vladimir Putin on the sidelines of the Helsinki summit on July 16,2018. Since then, the president has progressively sidelined his security adviser on one strategic issue after another, such as the trade war with China, his nuclear dialogue with North Korea’s Kim Jong Un, his interaction with Putin and the entire Iran complex.

Tehran tried artificially to account for Bolton’s dismissal as the result of the putative fiasco of the Trump administration’s maximum pressure policy and sanctions – in the hope it signaled a softening in administration policy. The Iranians were whistling in the dark in despair at having no gains against the US to show to the Iranian street. Since last year, Trump has left the Iran file solidly in the hands of Secretary of State Mike Pompeo. Including purely military decisions, such as which targets Israel should or should not bomb in Syria or Iraq.

For six months, the president has excluded his security adviser from a long list of foreign affairs, including Syria, Turkey, Saudi Arabia, the United Arab Emirates, the Gulf, Lebanon, Hizballah and Iraq. Coordination between the US and Israel in military and intelligence matters was relegated by Trump to the secretary of state who maintains a close, one-on-one interchange with Prime Minister Binyamin Netanyahu.

Only minor issues were left to the office of the national security adviser. In Latin America, especially Venezuela, Bolton fell out with the president when he pushed for an American military operation to oust President Nicolas Maduro. He did not appreciate that Trump is fundamentally opposed to US troops going into action as a matter of principle – not just against Iran but on the American continent as well. It was the last straw for Trump when Bolton objected to peace talks with the Taliban.

On Tuesday, Sept. 10, when he announced the ouster of his security adviser, President Trump tweeted: “I disagreed strongly with many of his suggestions, as did others in the Administration.” Four months ago, he told reporters: “I’m the one who tempers him. That’s okay. I have different sides. I have John Bolton and other people that are a little more dovish than him.”

This episode shows Trump to be in full control of the most important aspect of his foreign policy, namely, whether or not to go to war.

When Bolton was at the peak of his influence, he pulled off two policy feats: He persuaded the Trump to take the US out of the 2015 accord signed by six world nations signed with Iran for delaying its nuclear weapons program, and he led Washington’s support for Brexit, Britain’s decision to quit the European Union. However, by September 2019, his views on a Trump decision on whether or not to sit down with the Iranian president were no longer relevant.