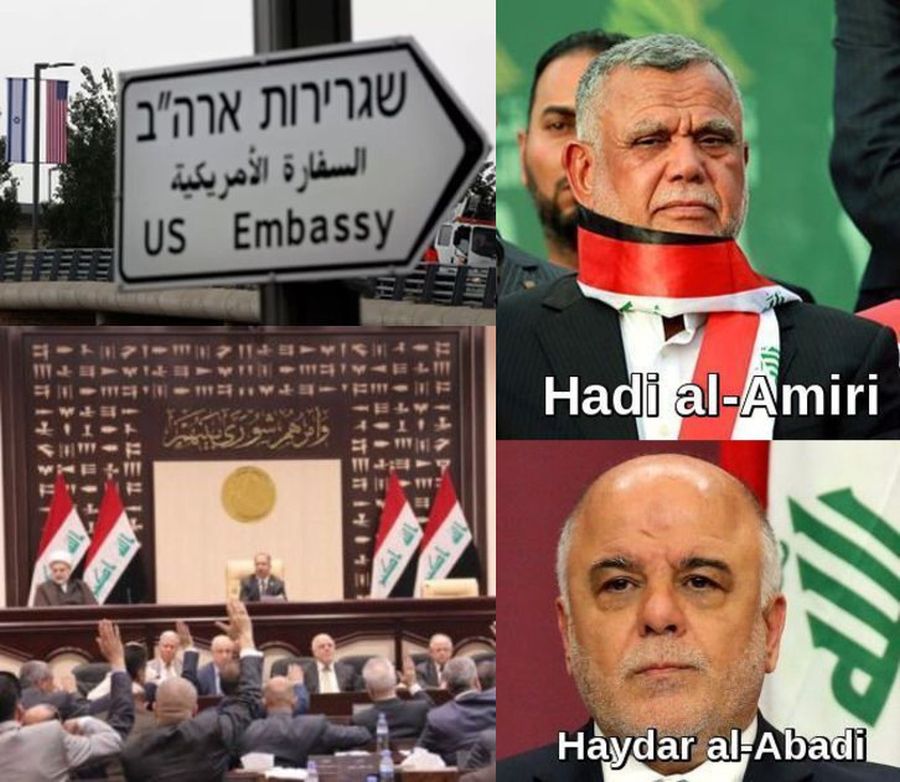 But an election loss by its Iraqi pawn on Saturday, May 12, would land more misfortune on Tehran after US/Israeli serial blows. The Iranians hope that the outcome of the Iraqi election will reverse their fortunes after the blows landing on their heads since President Donald Trump announced the US withdrawal from the nuclear pact on May 8. US sanctions rolling out since are targeting the Revolutionary Guards, Iran’s central bank and its oil exports. Israeli air strikes are meanwhile wiping out their military assets around Damascus and southern Syria. Iran’s leaders will watch with dismay the triumphant dedication of the US embassy in Jerusalem on Monday, May 14, while waiting impatiently for the wheel to turn back in their favor when the results of Iraq’s general election are published the next day. A win by the pro-Iranian Shiite group of Iraqi militias headed by Hadi al Amiri will be hailed in ringing tones as Iran’s conquest of Baghdad and a counter-blow for the American-Israeli triumph in Jerusalem.

The first step of an Amiri-led government would be an announcement in the new parliament of an order for the immediate evacuation of US forces from Iraqi soil, DEBKAfile’s intelligence sources report. He has been provided with a detailed timeline for the US withdrawal. Our sources add that the collapse of the US military presence in Iraq would put at grave risk the key American military position in northern and eastern Syria. It may also incidentally provide North Korean ruler Kim Jong-un with a strong card for demanding the evacuation of US forces from Korea, when he meets President Trump in Singapore on June 12

In a word, Iran’s takeover of Baghdad through a strong military proxy would badly shake Trump’s strategy for containing Iran as well as Israel’s military campaign for demolishing Tehran’s platform of aggression in Syria. While the US force would lose its Iraqi back-up, Tehran’s Syrian venture would gain strong backing from a pro-Iranian Iraqi government and army.

Washington and Tehran therefore have strong conflicting stakes in the Iraqi election. The US, Israel, Jordan and Saudi Arabia all shudder at the prospect of being hemmed in by the Iranian pawn Al-Amiri in Baghdad and across the border to the west, Syria in the clutches of Al Qods commander Qassem Soleimani and Lebanon controlled by another Iranian pawn, Hassan Nasrallah.

In the past week, Trump administration and Saudi agents have been shelling out millions of dollars to win local leaders of Iraq’s majority Shiite community and their votes – either for incumbent prime minister Haydar al-Abadi’s Victory party or Al Amiri’s other leading challenger, the popular Shiite cleric Moqtada Sadr’s alliance. Shortly before polling, Al-Abadi was estimated to be pulling ahead, but it would not be the first time that informed forecasts have been proven wrong.