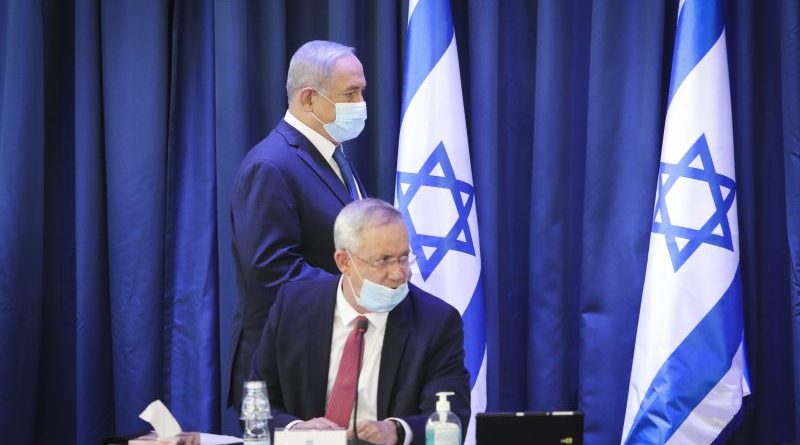 Prime Minister Binyamin Netanyahu instructed Likud lawmakers to vote for a new bill to move the deadline for presenting the state budget from its August deadline to November, when it is tabled on Wednesday, Aug. 12, by the two Derech Eretz faction’s ministers. Their purpose is to rescue the government from falling and the country from a snap election this year in the event of a missed budget deadline. Alternate PM Benny Gantz is expected to direct his Kahol Lavan faction, Likud’s coalition partner, to support the bill as well.

The extra time is intended to give Netanyahu and Gantz another chance to resolve their dispute, which arose from Gantz’s insistence on presenting a two-year budget for 2020-2021, to which Netanyahu previously agreed, whereas the prime minister fought for the immediate passage of a single-year budget frame for the remaining months of 2020. He maintained that the heightened coronavirus crisis and the unforeseen demands made on the economy called for immediate measures and the quick availability of funds for payouts.

Finance minister Yisrael Katz welcomed the compromise solution Monday morning because, he said, the government and its departments can now go forward with their urgent tasks, especially the funding of the population’s most pressing needs, including opening the school year in September.

DEBKAfile’s sources in Jerusalem report that with their poll ratings falling consistently both ruling parties may be seeing that an accommodation is the lesser evil compared with the rigors and uncertainties of an unpopular fourth election in less than two years.

With a compromise for saving the government in the air, it may therefore be assumed that Kahol Lavan will not support another bill due for presentation on Wednesday. The opposition’s Yair Laפid, has drafted a law for barring anyone under criminal indictment from serving as prime minister. His party was born and ran for election under the slogan: “Anyone but Bibi.”

DEBKAfile reported earlier: The regular Israel cabinet session was called off on Sunday, Aug. 9 when Kahol Lavan vetoed the agenda set by Likud PM Binyamin Netanyahu, taking the country another step towards a new election. In their worst crisis to date, Netanyahu appealed to Kahol Lavan leader, Defense Minister Benny Gantz, not to hold up the benefits promised citizens and businesses hard hit by the coronavirus outbreak. The prime minister and finance minister had prepared an 8.5bn ($2,5bn) program for cabinet approval while efforts continued to battle rising infection.

By Sunday morning, the figure had leapt by another 1,753 to 82,324. Although active cases had fallen in 24 hours to 24,658, serious cases were up to 388 and the death toll to 593. If the two ruling parties fail to resolve their differences and submit the state budget by the August 25 deadline, their coalition government falls, and a new election is held in November. Kahol Lavan is meanwhile considering legislation to bar Netanyahu from holding office as premier while prosecuted for corruption.

The most obvious bone of contention between the Kahol Lavan leader and the prime minister is the state budget. Gantz is demanding a two-year budget with a long-term economic program as agreed in their coalition deal, while Netanyahu insists on a one-year draft covering only the remainder of 2020. He maintains that the coronavirus crisis makes the situation in 2021 terra incognita. Most of all, payouts to suffering individuals, firms and groups, can no longer be delayed.

In a broadcast interview on Saturday, the Kahol Lavan leader stressed, however, that he will not accept any compromise on his biennial budget demand  for 2020-2021 “in order to stabilize the government –  even if the price is another general election” – the fourth in 20 months.

But most of all, the underlying mistrust between the two parties and their leaders has not been dispelled during their two and a half months of working together in a “unity” government that was set up for the coronavirus emergency. From time to time, Kahol Lavon joins the opposition in accusing Netanyahu of underhand tactics to prevent the premiership from rotating to his partner in mid-term in accordance with their agreement.

Gantz’s position is strongly backed by regular highly vocal “Black Flag” demonstrations calling on the prime minister to resign. On Saturday night, police broke up a rally when the demonstrators spilled out into the streets of Jerusalem.