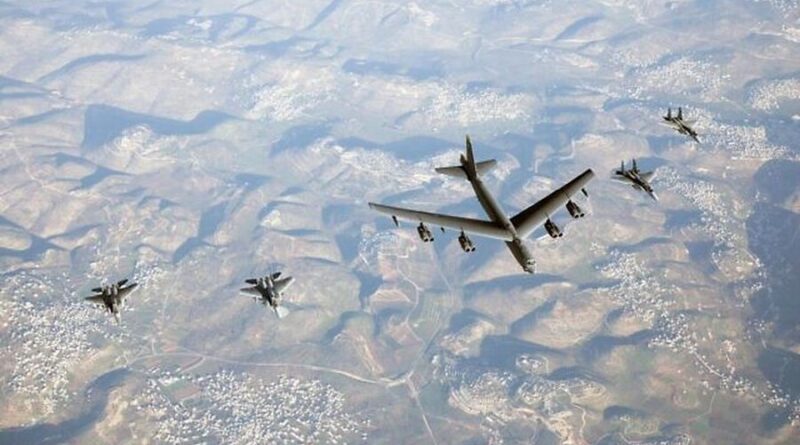 Influential US figures collectively called on President Joe Biden on Friday, Dec. 17, to go for limited military steps to stop Iran’s rapid advance towards a nuclear bomb, after the talks in Vienna were paused with no new date for resumption.  National Security Adviser Jake Sullivan then admitted, “It’s not going well in the sense that we do not yet have a pathway back” to the 2015 deal” with the world powers. Another White House source warned in a special press briefing on Friday that Iran is only a “very short” way from “breakout.”

In a long statement, this powerful group had this to say. “…for the sake of our diplomatic effort to resolve this crisis, we believe it is vital to restore Iran’s fear that its current nuclear path will trigger the use of force against it by the United States. The challenge is how to restore US credibility in the eyes of Iran’s leaders. Words—including formulations that are more pointed and direct than “all options are on the table”—are also necessary but not sufficient.

“In that context, we believe it is important for the Biden administration to take steps that lead Iran to believe that persisting in its current behavior and rejecting a reasonable diplomatic resolution will put to risk its entire nuclear infrastructure, one built painstakingly over the last three decades. Such steps may include orchestrating high-profile military exercises by the US Central Command, potentially in concert with allies and partners, that simulate what would be involved in such a significant operation, including rehearsing air-to-ground attacks on hardened targets and the suppression of Iranian missile batteries.

“Also important would be to provide both local allies and partners as well as US installations and assets in the region with enhanced defensive capabilities to counter whatever retaliatory actions Iran might choose to make, thereby signaling our readiness to act, if necessary.”

These longtime powerhouses go on to say: “Perhaps most significantly, fulfilling past US promises to act forcefully against other Iranian outrages, such as the drone attack by Iran-backed militias against the US base at al-Tanf in Syria and Iran’s illegal capture of merchant ships and killing of unarmed seamen, might have the salutary impact of underscoring the seriousness of US commitments to act on the nuclear issue.”

Sullivan, in his statement, found a small hopeful note in the “unity with our European partners, greater alignment with China and Russia.”  European officials in Vienna warned on Friday the talks were reaching the end of the road after seven rounds, as Iran had moved ever closer to weapons-grade uranium. However, Iran voided its own concession to reinstall the nuclear watchdog, the IAEA’s surveillance cameras at a centrifuge plant at Karaj, by insisting on full control of the recordings.

On Friday, too, the Washington Post carried proposals by “American intelligence sources” for getting Iran to back off the production of uranium metal plates “which have no civilian use and can only be used in the core of a nuclear bomb.”

As a first step, the Biden administration would ask the IAEA board of governors to rule on four cases of Iranian noncompliance with “Possible Military Dimensions” for referral to the UN Security Council. Three involve uranium particles discovered at sites Iran never declared as nuclear facilities — Turkuzabad, Varamin and Marivan. A fourth PMD investigation involves undeclared fissile material and other activity at a site the sources didn’t identify.

Turkuazabad, a small village in North Iran near the Caspian Sea, houses a secret store of nuclear-related articles. This storehouse was first revealed by former Prime Minister Binyamin Netanyahu three years ago. Varamin is identified as the Imam Ali Garrison also in the north, which is controlled by the Iranian Revolutionary Guards; while Marivan, in the Kurdish region in the west, is an important testing site for nuclear explosives.

The paper cites the same sources for Israeli estimates that “Iran has enough material for three bombs and is less than a month from completing the enrichment of that fuel. Building a weapon would take another 18 months to two years, the Israelis reckon — but that’s still a very short fuse.”