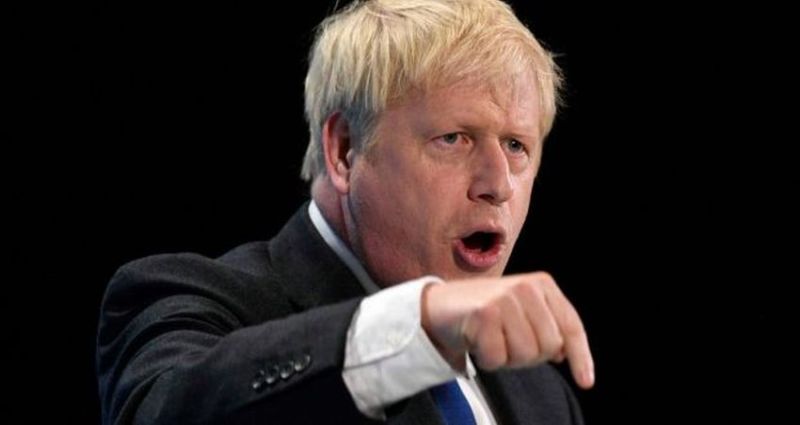 Bursting with energy, Boris Johnson at 55, whom the British Conservative leadership swept into the Prime Minister’s office on Tuesday, July 23, could not wait 24 hours to start his first 100 days in office – even before the keys of 10 Downing Street were in his pocket and his audience with the Queen at Buckingham Palace.

The Brexit standoff may be the most daunting problem he inherited from Theresa May butthe most pressing is finding a way to free the British-flagged Stena Impero tanker seized by Iran’s Revolutionary Guards on July 19, without losing face. The British government would seem to hold two cards: the threat of economic sanctions and the Iranian Grace 1 supertanker detained in Gibraltar by British marines on its way to Syria.

Those cards are too flimsy to count. There’s not much leeway for sanctions in UK-Iranian trade relations – for one, but, most of all, those cards are not backed by a credible military threat. The UK lacks the military heft for an operation to wrest the British tanker from the Revolutionary Guards (IRGC). The vessel is locked in at the port of Bandar Abbas by a dense concentration of IRGC command centers, bases and naval units. An attempt to free the tanker by force would inevitably be countered by the capture of more British tankers passing through the Persian Gulf, the Gulf of Aden or the Red Sea.

At the same time, releasing the Grace 1 as a gesture of goodwill to Tehran is a non-starter. The British public would feel badly let down if the new broom launched with such high promise capitulated without ado to the enemy.

Forty years ago, incoming US President Ronald Reagan, faced a similar dilemma inherited from Jimmy Carter.Iranian revolutionaries had besieged the US embassy in Tehran and taken 52 US diplomats hostage.He solved this dilemma by discreet diplomacy before entering the White House. William Casey (whom he later appointed CIA Director) was sent to Paris to negotiate a secret deal with Iran’s new Islamic rulers. The deal they struck was for the release to take place shortly after Reagan’s swearing-in as president in January 1980. Iran then released the US diplomats after 444 days of incarceration, allowing the new US president to start out with a major coup.

The challenge facing Johnson is not identical, not least because the hostages freed by Reagan were all American, while none of the 23 tanker crew members are British citizens, but the incoming British PM’s tactics recall a 40-year old precedent in the annals of expeditious and timely secret diplomacy for solving crises with Iran.

The first sign that something of the sort was up came on Wednesday morning from Tehran. London has sent a “mediator” to discuss freeing the British tanker, according to an announcement by Mohammad Mohammadi-Golpayegani, head of the supreme leader’s office. Johnson had not yet actually moved into the prime minister’s office at the time.

The identity of the “mediator” was not revealed, nor the content of the discussions with Iranian officials. However, the incoming UK prime minister demonstrated that he was not about to dilly-dally over issues of high urgency – especially when London is being pushed hard by British intelligence circles and European leaders, led by French President Emmanuel Macron, to join a European maritime security force for protecting Gulf navigation – without the United States.

Johnson appears to have thrust this pressure aside in favor of pursuing his own diplomatic initiative vis-à-vis Tehran. This may turn out to be a pointer to his style as UK prime minister, namely, a preference for direct autonomous initiative, rather than bowing to dispensers of pressure and political compulsion, often in their own interest

And so, just as Johnson’s intermediaries may already be sitting with their Iranian counterparts and ironing out a solution for the British-Iranian tanker crisis, so too his messengers may be facing European Union negotiators across a table in one of the continent’s capitals. While his predecessor spent months maneuvering back and forth on the question of whether or not the UK would quit the union, Johnson’s people will focus on obtaining the best possible terms for their divorce settlement by the time the Oct 31 deadline set by Brussels falls due. As a consistent proponent of Brexit, Johnson has no intention of backtracking on the separation. In his first speech as prime minister, on Wednesday, July 24, he pledged to repair the profound economic disarray wrought by three years of uncertainty under Theresa May’s premiership and to make Britain’s separate path a success story. He will typically wield a blunderbuss to get his way.