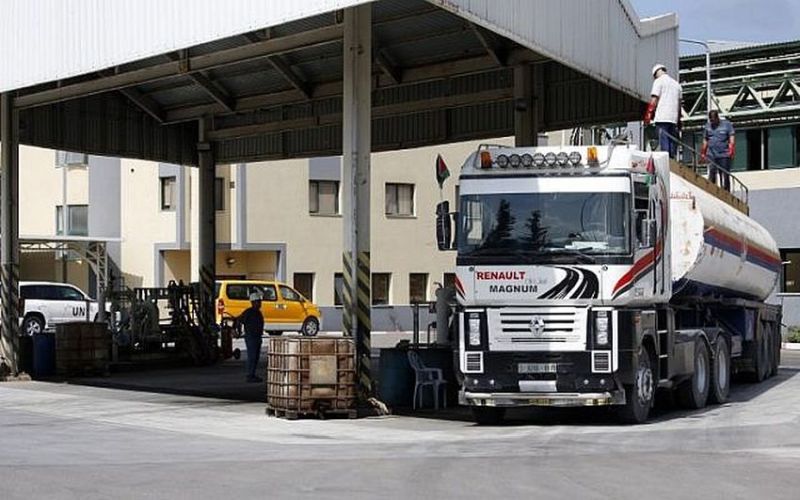 A conversation last week between Egyptian President Abdel-Fatteh El-Sisi and Palestinian leader Mahmoud Abbas (Abu Mazen) soon became a shouting match. Abbas flatly rejected the president’s every proposal for reconciliation with Hamas. There would be no phased transition of Gaza rule to the Palestinian Authority, Abu Mazen declared, in the absence of an ironclad guarantee for the dismantling of the Hamas terrorist arm, Ezz e-Din Al-Qassam, and for all its 12,000 active members and 10,000 reservists to surrender their arms, including surface missiles, to the PA.

“That could happen,” El-Sisi assured the irate Palestinian leader, “but not so long as we haven’t started the process or fixed a point for the transfer of rule.”

When Abbas refused to budge, El-Sisi accused him of jeopardizing Egypt’s national security, DEBKA Weekly’s sources report. Abu Mazen snapped back: “Mr. President, it is you who imperils Egypt’s national security, because the way you, the US, Israel and Qatar propose to resolve the Gaza problem will lead to only one result: the formation of an independent Palestinian state in the Gaza Strip ruled by the Muslim Brothers.”

That ended the conversation.

DEBKA Weekly’s sources find some justice in Abu Mazen’s argument. The US, Egypt, Israel and Qatar have embarked on the third chapter of the Trump administration’s “peace plan of the century” which does in fact focus on the Gaza Strip.

The team compiling the plan consists of the president’s son-in-law and special adviser, Jared Kushner, his special Middle East negotiator, Jason Greenblatt, Ambassador to the UN Nikki Haley, and US Ambassador to Israel David Friedman, assisted by hundreds of American intelligence officials and researchers conversant with the dispute. This team has completed the first two chapters:

Chapter One: US recognition of Jerusalem as Israel’s capital in May and the relocation of its embassy from Tel Aviv to Jerusalem.

Chapter Two: Deep cutbacks between mid-August and mid-September in US financial assistance to Palestinian Authority projects – half a million dollars per annum – as well as the ending of US contributions to the UN Works and Relief Agency (UNWRA), which cares for Palestinian refugees. The Trump administration billed this step as “taking off the table the core issue of the Palestinian refugees’ “right of return” [to their former homes]. This would lighten the baggage remaining for future negotiations.

The peace team’s researchers established that half a million Arab refugees at most were displaced by the 1948 war, nowhere near the 5.5 million refugees claimed by the Palestinian Authority and UNWRA. They should be resettled in their host countries with international assistance, say the planners.

Chapter Three was inaugurated symbolically when, despite Hamas’ escalating violence, Israeli energy companies were authorized by their government to start sending fuel supplies to Gaza on Wednesday, Oct. 10. The population can now receive electric current during 6-8 hours a day. This project, fully funded by Qatar, bypassed the Palestinian Authority in Ramallah and chairman, Mahmoud Abbas. It represents the first step towards realizing the plan compiled by the US, Israel, Egypt and Qatar to eventually set up separate Palestinian entities in Gaza and on the West Bank (Judea and Samaria).

The fuel supplies are expected to be followed by further essentials for easing the desperate straits of the Gaza population, including food and financial aid, bankrolled by Qatar.

DEBKA Weekly’s intelligences sources report that, before the fuel trucks rolled into the Gaza, American, Israeli, Egyptian, Jordanian and Qatari agents began extensive spadework in the Palestinian-ruled areas of Judea and Samaria. They took into account that Abu Mazen’s political clout was too eroded for him to make a difference.

They went to work therefore on two missions:

The peace plan’s partners took a big gamble by setting Chapter Three in motion. The Arab partners, for instance, are divided by cross-allegiances. Egypt is aligned with Saudi Arabia and the UAE, which proclaim Qatar a major adversary. Can the two Arab governments pull together for the herculean task of taming the disruptive Hamas and supervising its makeover from a radical Islamic terrorist organization, backed by Iran and Hizballah, into a responsible moderate political force fit to govern the Palestinian State of Gaza? This is a tall order, but success would change the face of the Middle East and offer an important factor for future stability.