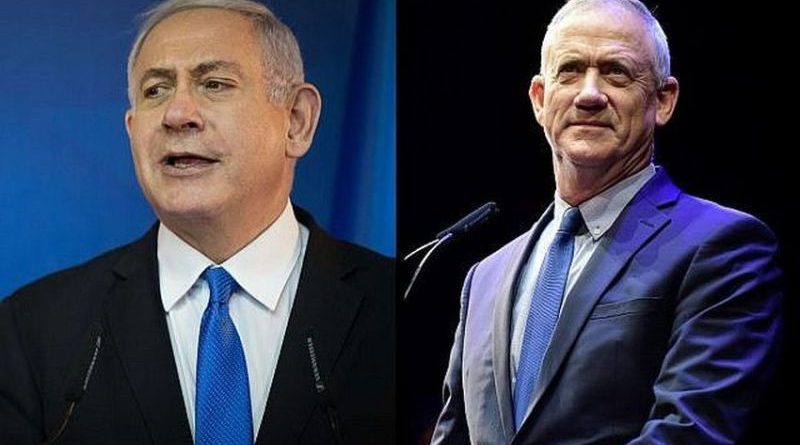 That depends on the disparate Binyamin Netanyahu and Benny Gantz bonding at the head of Israel’s first working government in nearly two years. Its tasks are as urgent as they are herculean: beating the coronavirus into the ground and rescuing a crippled economy with more than a million unemployed. A storm of criticism and disgruntlement arose as soon as Netanyahu and Gantz announced on Monday, April 19, their success in cobbling together a national emergency government accord. It turned out to be a jumbo creation with an unprecedented 36 ministers and 16 deputy ministers.
Netanyahu gained another 18 months in power, but the parity deal downsized his Likud’s ministerial weight, despite the right-wing bloc’s 59 Knesset members compared with Kahol Lavan’s 19. Netanyahu must therefore quell defiance in his camp, but so must Gantz from his former left-of-center allies. They still have to confront the Knesset with a parcel of amendments to the constitutional Basic Law to cover the new deal’s provisions, such as the rotation of the premiership between the two leaders and the size of the cabinet. The new government’s first act after being sworn in would be to establish a “Corona Cabinet” that would enlist all the talent available, Gantz announced in a broadcast on Tuesday. All shoulders would also be behind economic recovery, he pledged.

While Kahol Lavan snagged the high-value defense ministry for Gantz, foreign affairs for Gaby Ashkenazi and Justice for Avi Nissenkort, Likud has kept hold of the levers for controlling economic and social policy: the Finance Ministry as well as the relevant Knesset committees for Finance, Economic Affairs, Labor, Welfare and Health. His allies Tora Judaism Yakov Litzman stays on as Health Minister and Aryeh Deri of Shas as Minister of the Interior.

The unity agreement states that from July 1, 2020, incoming prime minister Netanyahu will be able to put to the vote in the Knesset his proposal for the annexation of territories in Judea and Samaria and the Jordan Valley that are embodied in the Trump Peace plan – with far-reaching consequences.

The accord the two leaders pulled off is far from watertight. The holes in its hull could bring the ship down if they fail to hold it up with both hands by bridging their differences in outlook, politics and experience.  Whereas Gantz, hitherto a political nobody, has won a direct pathway to the premiership, Netanyahu is assured that if the Supreme Court rules him unfit to serve as prime minister, the unity accord is void, the government falls and a new election is called. The last three were inconclusive and left both in limbo. Stable government is therefore in both their interests.