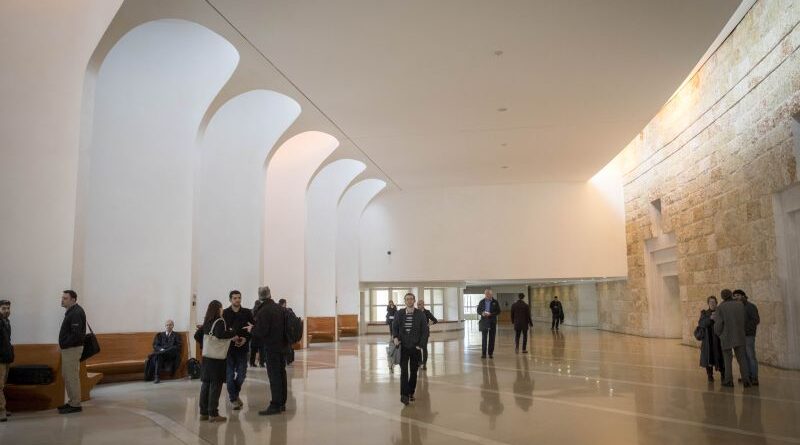 On the face of it, 9 High Court judges started a fire in the right wing, Orthodox and Haredi (ultra-Orthodox) camps with a ruling on Monday, March 1, that digs deep into the fundamentals of Jewish identity, statehood and its bonds with the Diaspora, by attempting the impossible: recognition of the civilian status of non-Orthodox Reformed and Conservative converts to Judaism under the Law of Return, without interfering in Israel’s religious personal status laws in marriage and divorce (an authority that also applies to non-Jewish minorities).

However, the two halves of the Jewish identity proved once more to be inseparable; Chief Justice Esther Hayut was crying in the wilderness when she declared: “This is a civil matter, not a religious one.”

The mainstream Orthodox leaders slammed the court’s verdict as an assault on the nation’s integrity and yet another hostile bid to divide its religious mainstream. The ministers and lawmakers leading the Orthodox parties, the mainstays of PM Binyamin Netanyahu’s right-wing bloc, announced they would never join a government coalition that failed to initiate legislation for overriding the High Court ruling.
Opposition leaders of the anti-religious left-wing parties crowed gleefully aver Netanyahu’s quandary. They reckoned that the long-running prime minister had been caught terminally at last between losing a large chunk of his right-religious bloc – days before his bid for re-election on March 23 – and antagonizing the large Reformed and Conservative communities of US Jewry. A decision over bowing to the will of the Orthodox leaders would exact a price he could not afford either way.
Israel’s first government awarded the Orthodox Chief Rabbinate a virtual monopoly for administering personal status laws according to strict Halacha (religious law) precepts. Challenges were filed periodically in court, often by individuals who championed the introduction of civil marriage. The high court ruling on Monday finally addressed petitions filed. In 20015 and 2006 by 12 people who underwent non-religious conversion in Israel and were denied civil status. That verdict had no relation to overseas communities. And even to take effect in Israel, too, the judges called for its ratification by the Knesset. This would require amending to the Law of Return.

The court’s ruling indeed has little impact in real terms. The Reformed and Conservative rabbis don’t have long lines waiting at their doors for conversion. Those numbers are counted in a couple of hundred a year at most, applied mainly by the spouses of Israelis. When performed overseas, such conversions usually pass muster for citizen rights in Israel, as does a single Jewish grandparent.  Marriage ceremonies performed by private Orthodox rabbis were grudgingly accepted in the past, forming the first real crack in the Chief Rabbinate’s paramount authority.

The small but vigorous Conservative and Reformed communities may try to follow up on their breakthrough by seeking equal status for their rabbis. But they hardly command the numbers for success, any more than does a motion to amend the Basic Law of Return to ratify the High Court ruling. It will be thrown out by a strong and determined Orthodox lineup of lawmakers, ranging from the Zionist Orthodox parties to Ashkenazi and Sephardi ultra-Orthodox MKs, backed by unaffiliated traditionalists. “Our supreme guide is the Halacha, not the High Court, said a trio of Shas and Torah Judaism party leaders.

The highly controversial issue will periodically come up in the courts in the future. None so far have forced the powers-that-be to pick it up from under a ton of ambivalence. The Likud party whip Micky Zohar on Tuesday accused the High Court of “flagrant interference in a highly sensitive social issue,” but he also said that “everything would work out quietly as it did before the ruling and no new legislation is needed.”

Former Justice Minister Moshe Nissim, who headed a formal commission charged with writing a law governing state conversion, commented: “The courts have repeatedly called on governments and parliament for legislation to regulate the issue, which is so critical to the question of Who is a Jew. They were never heeded,” said Nissim, himself the son of a former Chief Rabbi. His proposal to set up special conversion courts ruled by rabbinical judges, approved by the Chief Rabbinate and guided by Torah Law (Din Torah), never took off. It wound up in the dustbin because of the Haredi leaders’ stipulation that it operate “under the supervision of the Chief Rabbinate,” said Nissim. They have only themselves to blame for High Court intervention.