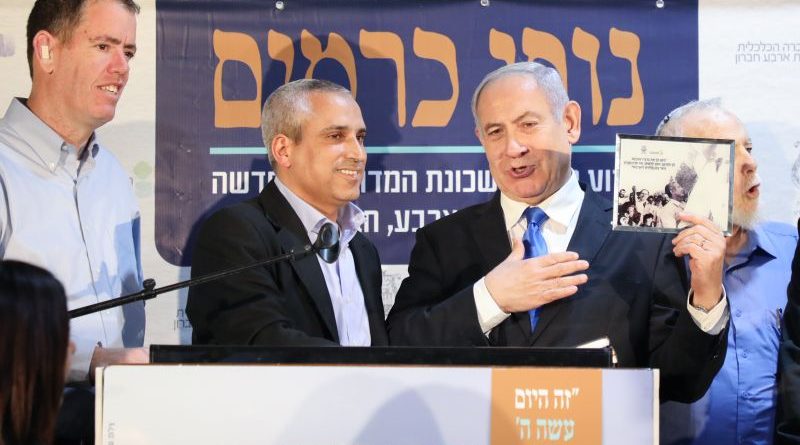 “The prime minister reiterates that he is committed to conducting negotiations on the basis of the Trump plan, and at the same time will continue with his sovereignty plan.” This statement was put out by Binyamin Netanyahu’s office on Wednesday, June 2. On Tuesday, he met with Judea and Samaria settlement leaders and other critics of the Trump Mid-East Peace plan over their concerns that its acceptance incurs Israel’s recognition of Palestinian statehood. They are also disturbed by the permanent freeze on building mandated in the plan and the marooning of some 19 isolated settlements as enclaves in a future Palestinian state – even after Israel extends sovereignty to parts of the West Bank. The entire road network would have to be revamped in any case.

Netanyahu has publicly stressed his determination to embark on legislation for annexation from July 1 as assured in his coalition deal with his partner Benny Gantz – although Gantz stipulated that this process must obtain Washington’s blessing.

While the Palestinians and Jordan as well as France and other European countries have condemned any Israeli steps to change the status of any part of the West Bank, Netanyahu spends most of his time putting down the revolt in his right-wing camp. Its leaders challenge his acceptance of the US formula that assigns 30pc of the West Bank to Israeli sovereignty and 70pc, including such Biblical sites as Hebron, to a future Palestinian state.

The Americans previously set up a committee to draw a map marking out the eventual partition of the West Bank under the Trump plan. Their product has yet to see the light of day.

Netanyahu is in a two-step dance around sovereignty. He is intent on making good on a “one-time historic opportunity” under a sympathetic president to annex parts of the West Bank to the Jewish State, while at the same time pulling back from that same president’s peace plan. That plan commits Israel to entering into final status negotiations with the Palestinians on a two-state solution of their dispute – a formula which is anathema to many settlement and right-wing leaders.  “The support of the American government isn’t worth the risk of having a terrorist state established, or the abandonment of tens of thousands of residents in isolated towns to life-threatening dangers,” Samaria Regional Council chief Yossi Dagan told the prime minister on Tuesday.

Netanyahu is struggling to appease these groups, who claim the entire West Bank as the God-given Holy Land and are therefore staunchly against the Trump plan. A realistic politician, the prime minister relied on these groups’ loyalty as the political bedrock of his bid for the premiership. He also needs their votes in the Knesset. Some have threatened to vote against his partial annexation plan.
But he is equally reluctant to put backs up in a uniquely friendly White House by selective endorsement of sections of the Trump plan. For now, the problem is mostly hypothetical so long as the Palestinians refuse to enter into talks with Israel and boycott the Trump peace initiative. At the same time, his pledge to go forward with annexation after July 1 has been meeting with waning enthusiasm in Washington.

Netanyahu may get around his quandary by the implementation of sovereignty in widely spaced stages, while relegating the rest of the peace plan to some time in the future.