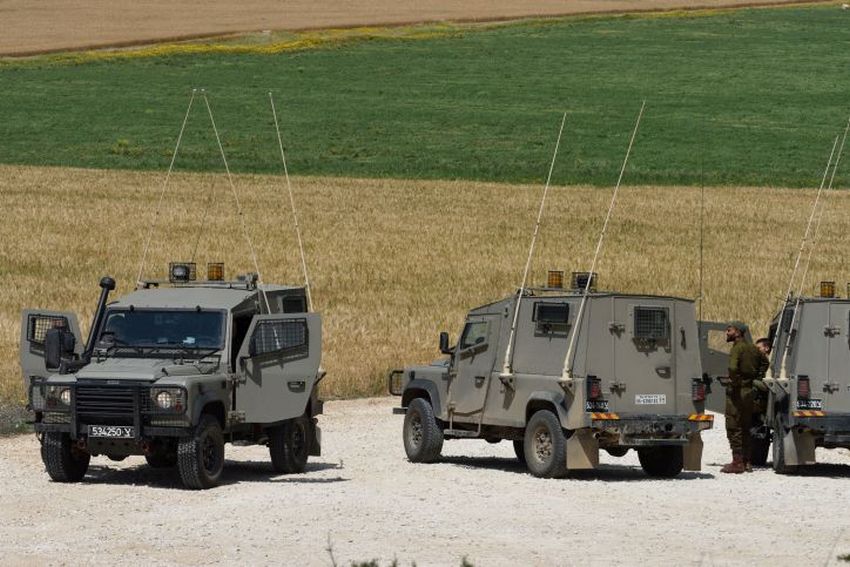 Israeli forces guarding the Gaza border were instructed Monday, April 2, to remove the gloves and take action for pre-empting Hamas’ escalating border provocations. DEBKAfile’s military sources report that this change of policy was set by Prime Minister Binyamin Netanyahu, Defense Minister Avigdor Lieberman and IDF chief of staff Lt. Gen. Gady Eisenkot. They saw that Hamas had been encouraged into ramping up its aggression by the clashes that occurred Friday, which left 17 Palestinians dead and hundreds injured. The IDF was therefore instructed to adopt new tactics, before the violence practiced on the Gaza border got out of hand and spread to other anti-Israel fronts in Judea and Samaria, or even Lebanon.
The exact nature of those IDF tactics is not immediately known, except that they deviate sharply from the defensive posture adopted on Friday and Saturday by the troops guarding the Gaza border. The IDF continues to be authorized to use force when necessary within the IDF’s rules of engagement. Hamas was cautioned Monday against continuing to stage provocations every few hours or else face a harsh IDF riposte.
DEBKAfile reported earlier Monday:

Friday’s mass Palestinian assault on the Gaza-Israel border, successfully pushed back by the IDF, was the first round of Hamas’ latest tactic for fighting Israel.

Israel’s political leaders almost across the spectrum voiced their thanks to IDF troops for not letting a single Palestinian rioter cross the fence and so allowing the country to celebrate the Passover Eve Seder in peace. The very idea of an inquiry into a “determined and proportionate” defensive operation was widely ridiculed. In the first Palestinian rush on the Gaza-Israeli border fence on Friday, March 30, IDF counter-measures, including gunfire, killed 15 Palestinians and injured hundreds  But this has not deterred Hamas from going forward with Round 2 of its six-week master plan for repeatedly buffeting at Israel’s border defenses. They believe that when they find a gap in the Israeli wall, the Arab and international communities will come to their aid.

So far, this had not happened. Turkish President Tayyip Erdogan has come out as the sole champion of Hamas, which is listed as a terrorist organization by most Western governments. But Erdogan had seized on the Gaza flare-up for his own game. The Syrian platform slipped out of his hands when the US vetoed plans for his army to advance across northern Syria and into Iraq and crush all the Kurds in its path. So Erdogan found another platform in Gaza. However, not a single Arab leader of note supported Hamas’ “March for the Return.”

Nonetheless, Hamas is sure it has finally found a winning tactic against Israel, by turning the civilian population, heavily brainwashed into believing that a successful “March for the Return” would solve its problems, into a human battering ram for trampling the border fence and surging across into Israel.

To defeat the coming assaults, the IDF must address two difficulties:

Another upsurge of violent Palestinian rioting in the Gaza Strip is expected on April 17, the day of Palestinian solidarity with the “Palestinian prisoner” held in Israeli jails for terrorism. However, Hamas may decide not to wait until then, but build on its initial momentum for another assault on the border on Friday, April 6, which is the seventh and last day of the Jewish Passover festival. The strategists in Gaza believe that their “protest march,” the cover for terrorist attacks, will be mirrored by violent disturbances on the West Bank.

Until now, the Israel government let the IDF convey to Hamas leaders an implicit threat:  If they break through the border fence and invade a military post or civilian community on the Israeli side, the IDF will hit Hamas leadership targets deep inside their territory. This tactic is also in force against the Lebanese Hizballah terrorist organization, which has been warned that any attack on targets deep inside Israel will bring forth powerful Israeli retaliation against targets deep inside Lebanon, including its national infrastructure.
In view of Hamas´ revived aggression, the IDF has switched over to its war doctrine, which permits soldiers to use firearms to stop assailants, when crowd dispersal measures are unavailing.  For many months, the IDF was kept on a tight leash by the official line, broadcast after every incident emanating from the Gaza Strip, which held, “Neither the IDF nor Hamas wants escalation.” This slogan, which suggested that the two sides shared equal objectives and strength, was finally jettisoned last Friday. When Hamas threw down the gantlet on the Gaza fence, Israeli armed forces were permitted to engage in full war tactics

While the US, Saudi Arabia, Egypt, Jordan and France made quiet efforts at calming the situation and murmurs about the need for peace, their hands are tied. Hamas has never espoused anything but all-or-nothing belligerence, and the Palestinian Authority Chairman Mahmoud Abbas has been rendered powerless, both politically and by ill health. This may be a blessing in disguise if Hamas is satisfied with the storm it can raise in the Gaza Strip and does not attempt to stir up trouble in Judea and Samaria as well.

81 thoughts on “New IDF orders: Initiate action in Gaza instead of letting Hamas call the shots”