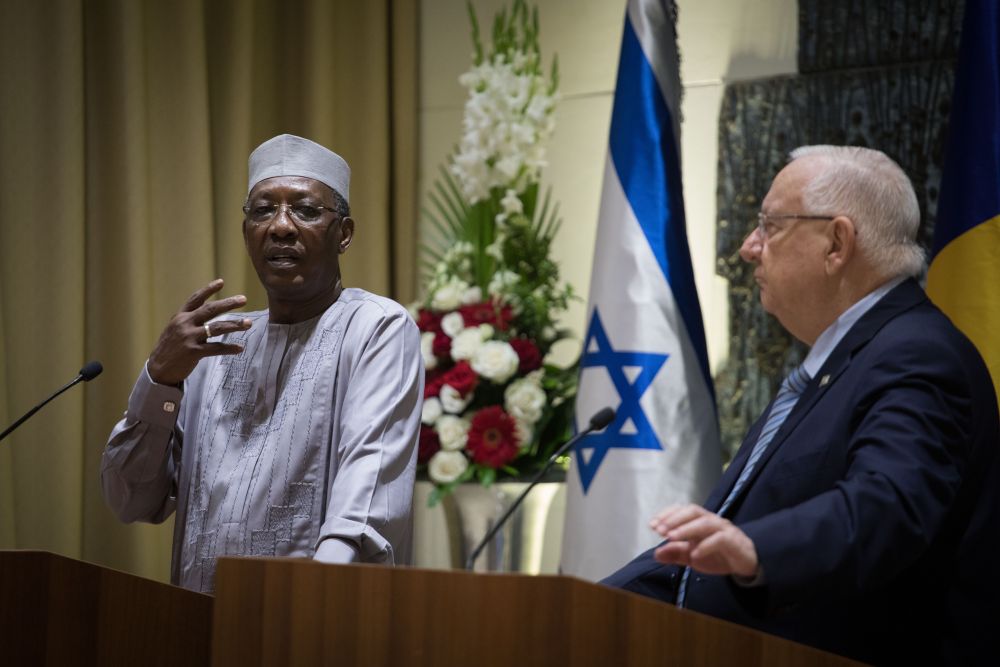 Chad President Idriss Deby arrived in Israel on Sunday, Nov. 25, for a down-to-earth mission. To enlist Israel’s participation in the fierce wars against Al Qaeda and ISIS that are raging across the African continent, and in which the US and France are also involved. This is reported by DEBKAfile.
So while Israel celebrated the diplomatic breakthrough marked by the first visit by a Chad president and the burgeoning diplomatic ties Prime Minister Binyamin Netanyahu is developing with the Muslim world, Jerusalem is on the horns of a dilemma on whether to accede to the visitor’s bid. Deby will spend most of his two-day visit in an attempt to convince Israel to lend a hand in the bitter wars African regimes are waging to fend off the inroads the ISIS and al-Qaeda groups are making in their countries, And if Israel agrees, on what scale?

Chad and its 250,00-strong army are at the forefront of this war, DEBKAfile’s military and counter-terrorism sources report. They are battling Islamist takeovers on three fronts:

According to our sources, Washington is in favor of Israel assisting Chad in its counter-Islamist wars, but France, which is deeply immersed in Chad and the Francophone African countries politically and militarily, was not averse to President Deby’s visit to Jerusalem, but looks askance at its possible military intervention in the wars on Islamist terror. Kenya’s President Uhuru Kenyatta, in contrast, would be glad to see this happen. Israel is already assisting Kenya in its counter-terror war against al-Shabaab in Somalia.

The historic visit by Chad’s president, 66, who has been in power since 1990, will center on hard talk on whether the Netanyahu government is ready to extend aid to his campaign against Islamist terror, and in what form: military, logistical or intelligence – on all three battlefronts, or only on a part.