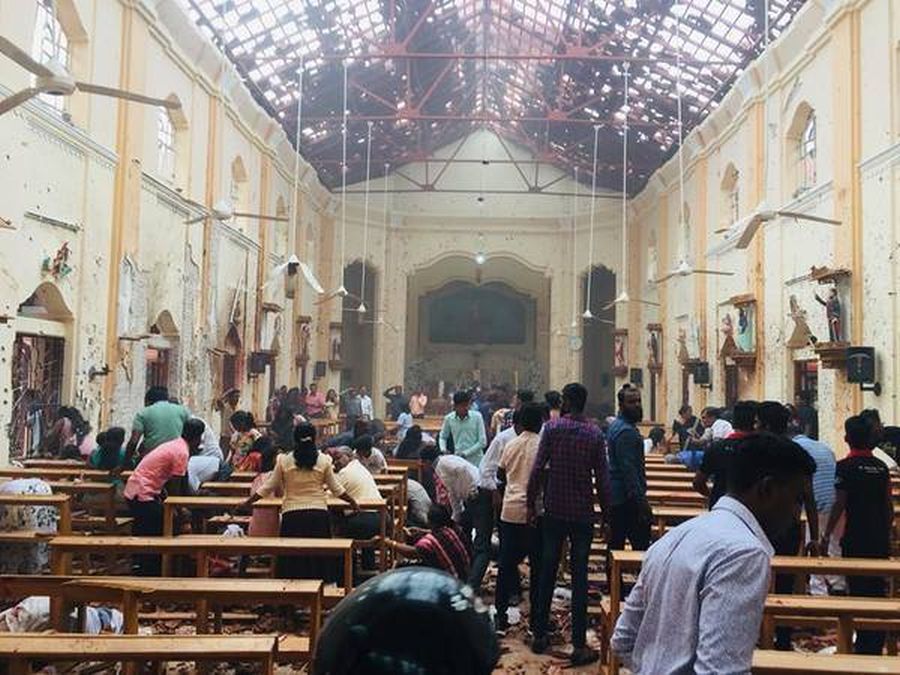 The death toll from the seven explosions that ripped through Sri Lanka’s churches and hotels on Easter Sunday has shot up again to 215 with 500 injured. Among the dead are scores of tourists, believed to be American, British, Dutch, Danish, Chinese, Japanese, Pakistani, Moroccan and Indian. They have not been identified. No organization has taken responsibility for the atrocity. After an emergency cabinet meeting in Colombo, investigators were still groping in the dark, although Indian sources say the multiple attack on Christian worship, including at least two suicide attacks, bears all the hallmarks of the Islamic State,

The cabinet in emergency session initially responded by imposing a night curfew on all parts of Sri Lanka and shutting down access to the social media, in an attempt to restore a semblance of control. By afternoon, the government ordered all universities closed until further notice and the mail rail service suspended, apparently in expectation of more attacks. The defense ministry reported a raid on a home and the arrest of 7 people suspected of planning and executing the terrorist attacks. This report was greeted with general skepticism as an attempt to prove the authorities were in control.

Sri Lanka is an Indian Ocean island-state and a popular tourist destination, with a population of 22 million, 70pc of whom are Buddhists, 13pc Hindus, 10pc Muslims and just over 7pc Christian.

Shocked condemnations, condolences and offers of assistance have poured in from world leaders.