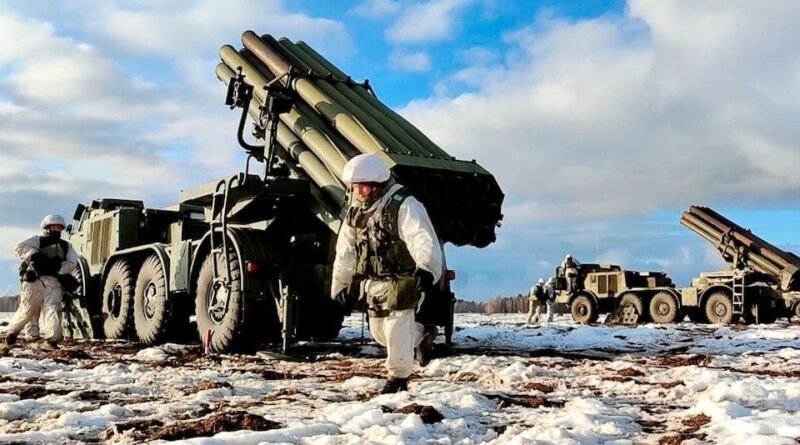 Russia is expected to begin its invasion of Ukraine on Wednesday, Feb. 16, according to a message the CIA intercepted from the high command in Moscow to the commanders of Russian forces massed on the Ukraine border, that was cited by US and European military sources on Saturday, Feb. 12.

During the day, US President Joe Biden warned Vladimir Putin in a call lasting 62 minutes that invading Ukraine would result in “swift and severe costs to Russia,” diminish his country’s standing and cause “widespread human suffering.”

The Kremlin response to the call quoted Biden as threatening sanctions but did not labor the point. “The US is artificially inflating hysteria around the so-called planned Russian invasion, even naming the dates of this invasion, and at the same time, together with the allies, they are pumping up the Ukrainian military with weapons.” said Kremlin aide Yury Ushakov. “Allegations of an invasion create a pretext for possible provocations by the Ukrainian armed forces. This is how we see this situation,” Ushakov continued. Furthermore, he said, there was no substantive response from the US to address Moscow’s essential security concerns, no guarantees in terms of NATO expansion, nor about non-deployment of combat groups in Ukraine, nor the return of the alliance’s troop placements to the 1997 state,” Ushakov said.

Putin and Biden agreed to continue their discussion.

After the call, a senior administration official said that the situation remained as urgent as it was on Friday when Jake Sullivan, the president’s national security adviser, warned Americans to leave the country in the coming days. Their conversation took place hours after the State Department ordered all but a “core team” of American diplomats to leave the embassy in Kyiv amid concerns of an imminent Russian attack

The message intercepted by the CIA assigned specific tasks to the various Russian invasion units, which by now number some150,000 troops, with thousands of tanks, hundreds of fighter-bombers and short-range ballistic missiles including Iskanders. The US estimates that Russia will first attack Ukraine with aerial bombings and missiles, followed by a ground thrust from Belarus aimed at seizing Kiyev the capital 200km inside the border.

The US secretary of state, Antony Blinken, also talked to his counterpart Sergei Lavrov on Saturday to call for “a diplomatic resolution to Russia’s unprovoked military buildup around Ukraine” or else face a “resolute, massive and united transatlantic response.” Lavrov replied by denouncing US claims about “Russian aggression” as constituting “propaganda” in pursuit of “provocative goals.”

Several thousand Ukrainians rallied in Kyiv on Saturday to show unity amid fears of a Russian invasion. President Volodymyr Zelensky said a Russian attack could take place at any time but told people not to panic and keep calm. Speaking during a visit to police drills in the southern Kherson region, the Ukraine’s leader pushed back against what he called a glut of bleak war predictions reported in the media.

A number of governments have evacuated their citizens and drawn down their embassies ahead of the threat. In Israel, Prime Minister Naftali Bennett called an unusual Saturday conference on the Ukraine crisis with Foreign Minister Yair Lapid and Defense Minister Benny Gantz. They decided to expedite the exit of some 15,000 Israelis from Ukraine, by adding air force planes to the routine 22 flights a day between the two countries.

Earlier in the day, the Russian Defense Ministry handed a “note” to the US military attache over a US submarine said to have been spotted violating Russian territorial waters near the Kuril Islands where the Russian Fleet was conducting exercises.