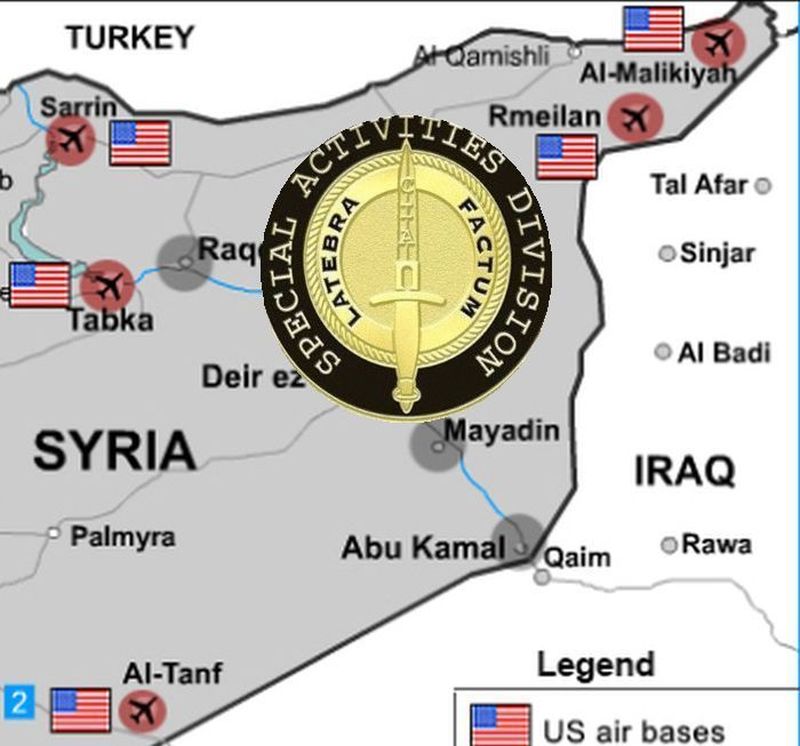 President Donald Trump has finalized his military planning for Syria. After pulling out the bulk of the Marine force by early April, he has decided to replace them with units of the Central Intelligence Agency’s Special Activities Division (SAD) and the US Air Force, DEBKA Weekly’s military and intelligence sources report

The CIA’s SAD, America’s most secret and lowest profile special ops outfit, is the agency’s covert paramilitary operations arm. It is composed typically of ex-military personnel and veterans of special operations units like the Green Berets or Marine Force Recon. The size of this US force will be determined in the light of current US negotiations with three European allies, the UK, Netherlands and Denmark, depending on how many special operations personnel they contribute.

Speaking at the Warsaw Conference of Peace and Security last week, US Senator Lindsey Graham said that the “Trump administration is pressing America’s allies in Europe to commit hundreds of troops to create a buffer zone” along Syria’s border with Turkey. And Acting Secretary of Defense Patrick Shanahan, who also spoke there, said that he is soliciting coalition participation in an “observer force” for northeast Syria after the US withdraws from that territory.

DEBKA Weekly’s military sources disclose that these forces will operate out of the Remellin base in northeastern Syrian Al-Hasakah, the largest Kurdish town in the country. This facility will continue to serve as the US base of operations for three reasons:

2. The US force will act in tandem as hitherto with the allied Syrian Defense Forces (SDF) and the Kurdish YPG militia, while also training select groups from among them as indigenous special operations units for northern Syria.

3. Success in enlisting special forces in Europe, Australia and/or Arab nations for the Remellin base will enable the Pentagon to complete operational and other preparations for declaring northeastern Syria a No-Fly Zone under sole US Air Force control.

This plan’s implementation would substantially reverse President Trump’s pledge to bring all US troops home from Syria without delay. In the event, northeastern Syria, including the Kurdish cantons and the Syrian-Iraqi border regions, will remain under tight American military control. The US and its allies, including the Kurds, will be in position to seal the border against Iranian or pro-Iranian Iraqi militia crossings from Iraq into Syria. And the declaration of a No-Fly Zone will close the skies overhead to Iranian civilian and military transport planes ferrying supplies and military aid to Syria and Hizballah.

Trump clearly heeded the advice of Pentagon officials that, in order to further his plans, the US military presence in Syria must be expanded rather than downsized. This is already happening. The US military was reported by Syrian military sources to have last week sent large-scale reinforcements to the Iraqi-Syrian border and the Iraqi Anbar province which borders on Syria’s Deir ezz-Zour and Homs provinces. And an Iraqi official attested to US military forces being “redeployed” in this area to “block the expansion of Syrian government troops along the Syrian-Iraqi border.”

The Trump policy reversal was picked up by Russian President Vladimir Putin. At the summit he hosted in Sochi on Feb. 14 with Presidents Hassan Rouhani of Iran and Tayyip Erdogan of Turkey, he commented drily that he sees no signs of American forces leaving Syria.