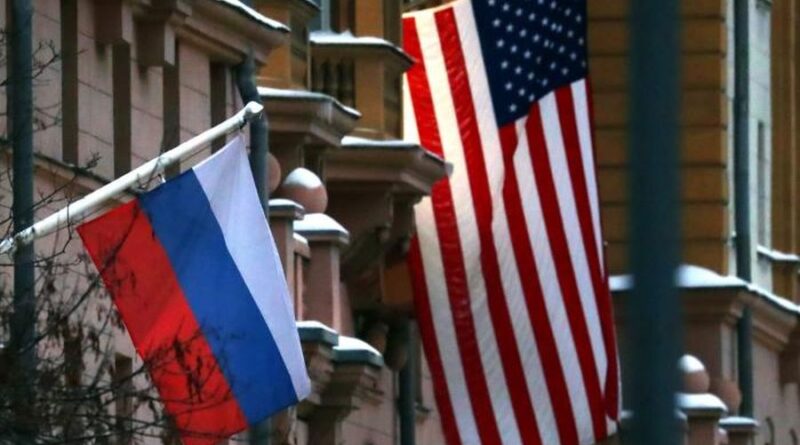 US Secretary of State Antony Blinken has said that the security talks the US and Russia opening in Geneva on Monday, Jan. 10 will not progress so long as Russia has “a gun to Ukraine’s head.” Russia replied with “disappointment” over “signals from Washington and Brussels that the US was insisting on unilateral Russian concessions.”

Hoping to ease some of the friction, the two delegation leaders US Deputy Secretary of State Wendy Sherman and Russian Deputy Foreign Minister Sergei Ryabkov held an unscheduled “working dinner” on Sunday evening in search of a small patch of common ground before the talks got going on Monday.

Implying more sanctions were afoot, Blinken, remarked: “We’re prepared to respond forcefully to further Russian aggression.” Pentagon spokesman John Kirby warned that in the event of “another incursion” of the Ukraine, four battle groups from, the US, UK, Germany, Canada and France stood ready “near the borders with Russia” if the order came to move.

Meanwhile, Russian formations remain massed on the Ukraine border. And thousands of Russian troops were airlifted into Kazakhstan to shore up an ally in the grip of a popular uprising. With less fanfare, Russian troops also staged a landing in Timbuktu, Mali, West Africa, to help fight off the Al Qaeda peril after a partial withdrawal of French forces.

DEBKAfile’s military sources note that the last time Russian conducted a troop airlift on the scale of its intervention in Kazakhstan was in 2015-2016 when Russian forces landed in Syria to save the Assad regime. They are still there. On Saturday, after thousands died and government buildings were gutted, Kazakh President Kassym-Jomart Tokayev claimed that the uprising by some 20,000 “terrorists” had been overcome. He reported 3,000 arrests but, suggesting that the turmoil still lingered, he ordered security forces to shoot to kill without warning.

The Kremlin is planning a summit of the Collective Security Treaty Organization (CSTO), which also sent “peacekeeping” troops to help quell the violence ripping through Kazakhstan. Sitting alongside Russia are Armenia, Belarus, Kyrgyzstan, Tajikistan and Kazakhstan, the largest and richest member.

To set the scene for the Geneva talks, President Joe Biden in two phone calls warned Vladimi Putin of severe consequences if the tens of thousands of Russian troops massed on the Ukraine border staged a land invasion. Sanctions could include Putin’s inner circle, cancellation of the Nord Stream 2 energy pipeline to Germany or even severing Moscow’s links to the world’s banking system. The Europeans fear the impact of these measures. “Whatever the solution, Europe has to be involved,” EU commission chief Ursula von der Leyen said.

However, all NATO’s western allies collectively reject Moscow’s proposed draft treaty with the US that proposes the removal of the western alliance’s forces from any country in which they were not present before 1997, effectively freezing out Latvia, Lithuania and Estonia. Moscow insists that the West reneged on an understanding after the Cold War ended that NATO would not expand into former Warsaw Pact nations near Russia’s borders. On this score, the Kremlin is demanding concrete progress in the Geneva talks.

Blinken, however, has little faith in diplomacy to which the Biden administration is committed. Regarding the Russian military airlift to Kazakhstan, he commented, “One lesson of recent history is that once Russians are in your house, it’s sometimes very difficult to get them to leave.”
The Russian military has meanwhile landed in four “houses,” and got away with it: Ukraine, Kazakhstan, Syria and Mali. Putin makes no bones of his determination to expand Russia’s influence in the world by means of military intervention and winning allies by propping up their troubled regimes. Biden’s threats, Blinken’s acerbity and negotiations with the West are hardly likely to turn Putin aside from his strategy for planting Russia’s foothold and promoting its interests in East Europe, the Middle East and Africa.

Former US ambassador to Ukraine John Herbst commented that the Russian troop buildup is a “gigantic bluff” on the Chekhov principle. “You put a loaded gun on the stage in Act One and it has to be fired by Act Three.”

Progress is therefore likely to be scarce at the Geneva talks. And although Washington may be willing to wield the sanctions weapon against Putin, Europe will need to be assured that it would not be presented with the bill for any fallout.