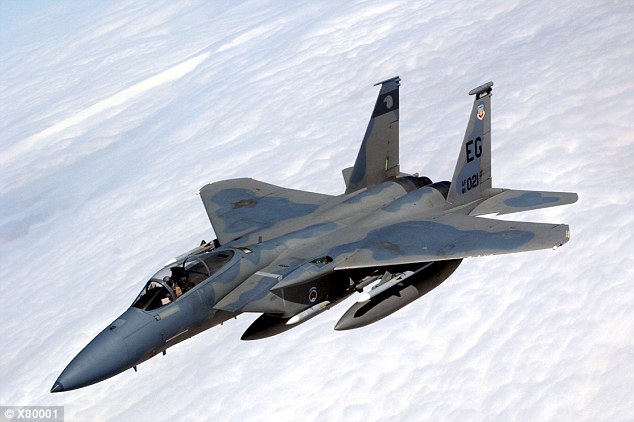 Iran claimed US F-15s “harassed” its passenger plane over Syria on Thursday, July 23, before it managed to land in Beirut. A US official said the fighter jets passed by the Iranian airliner, but at a safe distance. Tehran originally blamed Israel for the incident, but later Iranian state TV quoted the pilot of the Iranian plane as saying the fighter jets’ pilots had identified themselves as American over radio communication.

A Lebanese airport official said the flight, Mahan Air Flight 1152, landed without further incident in Beirut on Thursday evening. The official, who spoke on condition of anonymity, had no further details.

Syrian state media quoted unidentified civil aviation officials in Damascus as saying that two jets, suspected of belonging to the US-led coalition, “intercepted” an Iranian passenger plane over al-Tanf, in southwestern Syria on the borders with Iraq and Jordan, where the US has since 2016 maintained a garrison around which it declared  a de-confliction zone. Outside its boundary, are Syrian and pro-Iranian forces.

According to Iranian TV, the US fighter jets came within a distance of 100 meters of the Iranian Airbus A310. The pilot quickly changed altitude to avoid a collision, flying low to avoid a collision with the jets, and causing slight injuries among some of the passengers.

US Navy Captain Bill Urban, a Central Command spokesman, later told the AP that a US F-15 fighter jet “conducted a standard visual inspection of a Mahan Air passenger airliner at a safe distance of approximately 1,000 meters from the airliner.” He explained: “The visual inspection occurred to ensure the safety of coalition personnel at al-Tanf garrison. Once the F-15 pilot identified the aircraft as a Mahan Air passenger plane, the F-15 safely opened distance from the aircraft.”

US sources note that Mahan Air has long been accused by the US and Israel of freighting illegal Iranian weapons to its Shiite militias in Syria. Hence the close “visual inspection” by the US jets. The airline itself is under US sanction since 2011 for providing the Revolutionary Guards with financial and other support.

Data from the flight recorded by website FlightRadar24.com showed the airliner climbed from 34,000 feet to 34,600 feet in under two minutes around the time of the incident, then dropped back down to 34,000 feet within a minute after. The aircraft landed soon after this, Beirut airport sources reported, but three passengers and some of the cabinet crew sustained injuries and were taken to hospital.

Tehran is investigating the incident and has submitted a protest note to the Swiss embassy which represents US interests and the UN Secretary General.