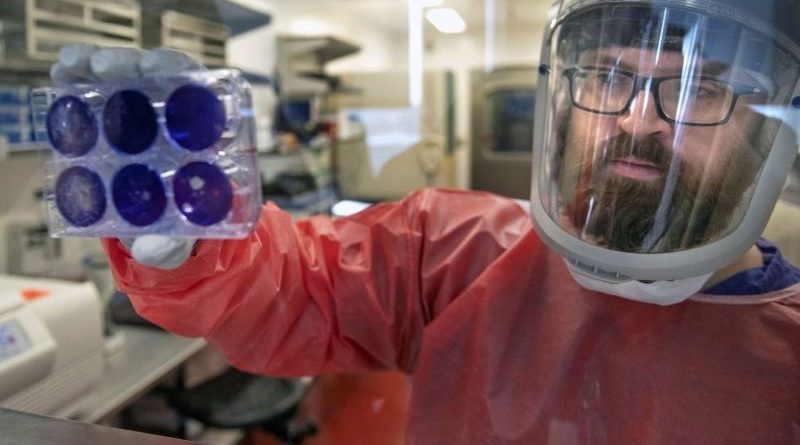 Most western governments reacted with lethal tardiness to the coronavirus threat because, against the warnings of their health authorities, they trusted it would be quietly gone by the spring and everything could then go back to the familiar order (or disorder). By the time they realized this was a pipedream, the disease was out of control. Italy was the worst case, but the US is under the same threat. After the World Health Organization classified covid-19 a pandemic, President Donald Trump belatedly issued on Wednesday, March 11, a travel ban from Europe, excepting the UK. He accused the European Union of failing to restrict travel from China, and so causing “a large number of new clusters in the US to be seeded by travelers from Europe.”

Yet this ban too was a step too late. And the US president is still not contending with the continuing spread at home, where an unknown, untested infection rate is yet to be evaluated by responsible health authorities.

The plague hitting nearly every country and beginning to throw whole societies off balance and into frightening terrain has not yet done its worst. Political systems, economies and national leaders are about to find themselves judged from an entirely unfamiliar perspective – no longer by their ideologies, left, right, progressive, nationalist or their charismatic effect on the voter – but by their handling of the coronavirus calamity plaguing mankind and the disasters in its wake.

Ultrasensitive to any uncertainty, global markets are swinging all ways. Mass unemployment looms amid fears of a world recession. In the US, the world’s financial thermometer, Wall Street is jittery, the markets additionally destabilized by falling oil prices as a result of the Saudi-Russian oil price war. More than 1,300 cases were reported in the United States by Thursday, March 12, with at least 37 deaths, including five new fatalities on Wednesday. So far only 6,500 Americans have been tested for covid-19, which means that no one has a clue as how far the disease has spread in this world power. Lurking beneath the surface, it may strike with unpredictable force.

Instead of leading a global war on the pandemic, President Trump has left the initiative to covid-19 while hoping for the best, a decision he may rue at some point in his campaign for re-election.

Already, international travel has been sharply reduced and more and more governments are taking draconian steps to stop people from moving around. Italy, where the entire population of 60 million is in quarantine, is an extreme example, but not necessarily the last. There, groups of people are prohibited from traveling from place to place, and schools, universities, businesses and museums are shut down. In Spain, a million schoolchildren and students were told not to register for the coming school year. Israel finally shut down all schools for the first time since the Gulf War, on top of other extreme steps, including limiting gatherings to 100, to slow down the spread of the disease. This edict is a death knell to show biz, sports, family affairs, parties, social, cultural and academic life. However, although the number of cases went past 100 on Thursday, there have been no human deaths as yet.

Northern Italy showed the world what happens when hospitals are swamped beyond their capacity with corono-19 patients while short of essential equipment for treating them, especially ventilators. Doctors, facing the cruel choice between life and death, preferred to treat younger patients and let the elderly take their chances. A vital humanitarian value was shot down. The subsequent lockdown of the entire population sacrificed another precious human more, the freedom to move around in one’s own country.

The globalism ideology preached by Bill Clinton and the European Union’s model of interconnectivity among nations is now accused of doing away with borders and so accelerating the disease’s transmission. Brexit now looks good to some EU members which are fighting for ways to keep the blight at bay. German Chancellor Angela Merkel berated them, maintaining that restoring Europe’s borders was not the way to limit the spread of the virus, which she predicted would hit 70 percent of all Germans. Governments will soon be forced to set their pet projects aside to deal with the colossal tasks of feeding and supporting many millions of jobless people laid off in industry, hi-tech. tourism, transport, who were sacked or forced to take indefinite unpaid leave.

Advice to employees in some places, including the US, to work from home carries its own dilemmas. Who will supervise their work? Who will organize it? Or set up new systems? And how are products to be marketed? What happens to the massive flow of exports and imports that are the lifeblood of most economic systems? Not every kind of work can be conducted from home. And so entire branches of production and distribution are about to collapse and eventually make way for new processes. In the meantime, the global recession already in sight will loom ever larger and bite into the everyday lives of the world’s citizens.

This new reality affecting every individual will be powerful enough to tear away the layers of disinformation protecting political and economic establishments – even in Western democracies. Not only the ayatollahs regime in Iran and the rulers of China will be stripped of their false faces, but the opaque bureaucracy running Europe from Brussels. Ruling systems are not known historically to go quietly and so the pandemonium ahead will likely entail international or domestic belligerency.

The current outbreak of covid-19 is not a passing episode that can be dismissed hopefully with the change of seasons. Research scientists from universities in Basel and Stockholm have modelled the effects of the seasonal variation of the current strain of coronavirus on transmission rates. Their findings are scary.

Their model suggests we are currently experiencing a “small peak in early 2020 in temperate regions of the Northern Hemisphere” that will be followed by “a larger peak in winter 2020-2021.” Based on other coronaviruses, the researchers believe the transmission rate will indeed drop as we head into spring and summer but then rise again, infecting as many as a 100 million people. Scientific researchers are therefore working all-out to develop a vaccine for the current variant of covid-19 in time to head off the major outbreak forecast for the winter.