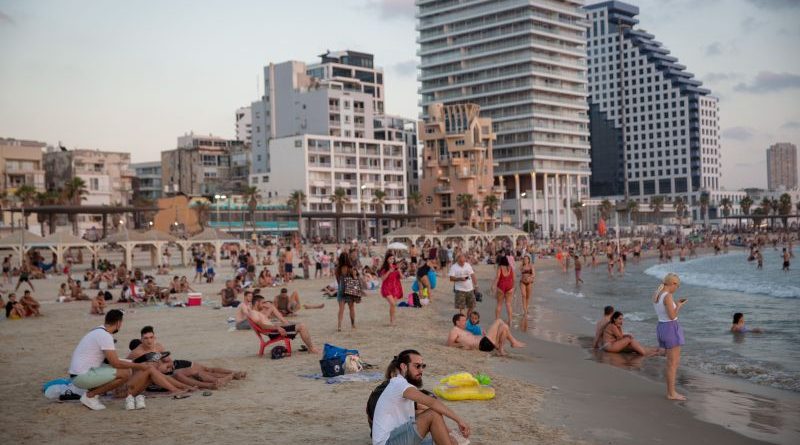 Four days after the government approved tightened restrictions to go into immediate effect last weekend, they were still up in the air on Monday, July 20, blocked by the Knesset coronavirus committee pushing back for changes. The panel reconvened on Monday, morning for a second look after endless palaver, heckling and disputes. Coronavirus infection has by now reached 50,714 with 259 serious ill out of 75 on ventilators, out of 28,424 active cases and 415 fatalities.

Spearheaded by its chair, Likud MK Yifat Shasha-Biton. the committee challenged the government’s decision led by PM Binyamin Netanyahu to close beaches and gyms during weekend closures, demanding data to support claims that they were hotbeds of infection. Likud’s coalition partner Kahol Lavan disputed the closure of summers schools and kindergartens for the emergency. Restaurateurs mounted a vocal contest against closures as the kiss of death to the entire industry and threatened a revolt. The government’s decision last week to close the country over the weekend was quickly reduced to tatters.

Monday, the Knesset panel found the government had watered down its first decisions and agreed to opening swimming pools and beaches amid the weekend shutdowns and amenable to an arrangement for the restaurants to operate with outdoor seating. Gyms, museums, zoos and open-air attractions, also ruled closed over the weekend, will come before the committee later this week. Summer schools remain open for the time being pending a decision.

After these compromises with the lawmakers’ demands, the cabinet is considering a proposal to impose weeklong night curfews, after teens were found hanging out together in large groups without masks.

Another Knesset panel, the Foreign Affairs and Defense Committee took issue with the Shin Bet’s performance for tracking contacts of coronavirus patients through cellphones. Its net was apparently far too wide. Of the tens of thousands of “contacts” sent summarily into quarantine, more than half appealed, were found to have been misidentified and released.

PM’s Netanyahu’s plan for quick deposits of cash grants into every citizen’s bank account was likewise challenged and delayed. The issue was resolved at a meeting on Monday, attended by him, defense minister Benny Gantz, Finance Minister Yisrael Katz, and Industry Minister Amir Peretz. They decided to revise the plan from a universal to a calibrated payout favoring the hard-up classes at the expense of the well-paid and well-heeled.

Netanyahu is facing challenges to his leadership in the management of the second phase of the coronavirus crisis, confronted by angry demonstrations in Tel Aviv and a nightly rally outside his residence in Jerusalem calling fiercely for his resignation. Although it was decided to appoint a commissioner to concentrate all aspects of the coronavirus project – from tests to hospitals and the repercussions on the economy – able to credibly and clearly present information to the public, the post is still vacant – mainly due to an argument over the limits of his/her powers. The leading candidate is Prof. Gabriel Barabash, a former Director of a big Tel Aviv hospital and ex-Director-General of the Health Ministry.

Meanwhile, the nurses in hospitals and community HMOs have gone on strike after failing to reach agreement with the Ministries of Health and Finance on their demand for hundreds more staff to alleviate working conditions made more unbearable by the coronavirus outbreak. Not only has their workload grown, but 1,000 nurses are in quarantine and 40 coronavirus wards are staffed by nurses taken from other wards. During the strike, the nurses will operate on weekend format and attend only emergency cases.