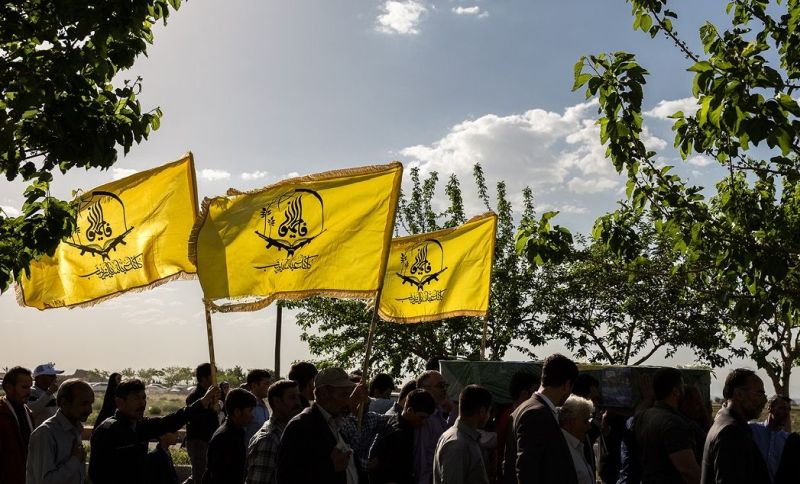 This week, Afghan lawmakers urged the government in Kabul to finally put a stop to Iran’s barbaric abuse of Afghan Shiite recruits for its war in support of Bashar Assad in Syria. More than 10,000 Afghan fighters deployed in Syria have been either killed or injured in Syria in the past five years, according to the latest figures..

On Jan. 9, Fazal Hadi Muslimyar, chairman of Meshrano Jirga, the upper house of the Afghan Parliament, said: “Iran is abusing Afghan refugees and sending them to the war in Syria and Iraq, where more than 2,000 Afghans have been killed. I am calling on the Afghan president, the chief executive, and the Foreign Affairs Ministry to lodge a complaint with the Iranian ambassador on this matter.”

He was referring to the plight of the 2.5 million refugees living in Iran – two-thirds as undocumented illegal “economic migrants,” and fair game for recruitment. Some came to Iran to escape persecution as Shiites; others possibly miscreants on the run from prison sentences. Iranian officials have reported that around 20,000 active combatants serve in the predominantly Afghan “Fatemiyoun Division,” recruited by, and fighting under, the IRGC’s Al Quds commander, Gen. Qassem Soleimani.

Interviews with survivors on Afghan media reveal that the IRGC recruits penniless and undocumented Afghan refugees with offers of permanent residence, financial compensation and other incentives for their families. Most promises are not kept, despite the “huge sacrifices,” they have made. Iran turns its back on this largely helpless community.

DEBKA Weekly’s sources report that the Afghan Shiite refugees who have reached the Iranian border with their families in the last three years were granted asylum only after signing their consent to “work” for two years outside Iran, for which their families were promised an allowance of $300 per month. None imagined that their “work” was serving as soldiers in a war in far away Syria. They were given scant military training before departing for Syria, just two weeks of basic instruction. This is why the Afghan Shiite militia took the highest number of losses of any other foreign “pro-Iranian militia” rounded up by Iran to prop up the Assad regime.

The only service Tehran has provided is the transfer of the bodies of the dead Afghans for burial in Iran. But the stipends promised their families were for the most part cut off – no more than 200 bereaved families of the fighters who died in Syria still receive assistance. Most of the 10,000 families of the dead or wounded Afghan fighters have been left destitute.