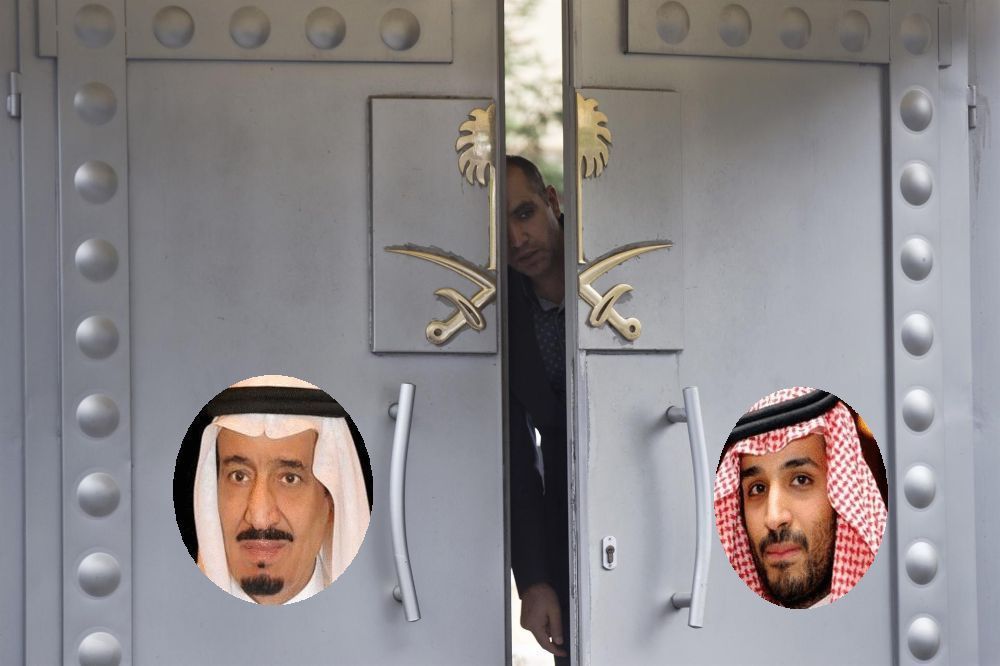 A peek into the mystery may have been offered by US President Donald Trump’s suggestion on Monday, Oct. 15 that “rogue elements” may have engineered the disappearance of journalist Jamal Khashoggi in the Saudi consulate in Istanbul on Oct. 2.  But the president’s earlier talk of “severe punishment” for the perpetrators was taken amiss in Riyadh and drew an angry rejoinder: Turki Aldakhil, DG of the Saudi-owned Al Arabiya News Channel, warned the US against “shooting itself in the foot,” because while the US may be the world’s leading economic and military power, it would face the world’s supreme oil power. His meaning was clear:  Riyadh’s counter-punishment could run to pushing oil prices up to $200 and turning energy markets around into trading in local currencies instead of the American dollar.

By Monday, Trump was acting to make amends for putting Saudi backs up. He sent Secretary of State Mike Pompeo post haste to Riyadh to smooth ruffled royal feathers. He also indicated that Washington would endorse the joint Saudi-Turkish deal for resolving the Khashoggi affair, on which Prince Khalid bin Faisal Al Saud, governor of Mecca, had been working with Turkish President Reccep Erdogan since last Friday. Their effort had its firstfruit on Monday, when a group of Turkish and Saudi investigators entered the Saudi consulate in Istanbul together, to examine the venue where Khashoggi was last seen. They were there for nine hours before leaving early Tuesday without a word on their findings. It is hard to believe that after three weeks, there was any evidence to find, but the joint visit betokened the willingness of Ankara and Riyadh to agree on a formula for damping down the storm.

If this works, Saudi Crown Prince Muhammad bin Salman (MbS), the main target of the murder allegations spread by Ankara, will be off the hook. Trump’s reference to “rogue elements” will be helpful for this effort. If it doesn’t, a fresh stream of pejorative rumors may follow, including ludicrous claims like the one that Khashoggi used his Apple Watch to record how he was tortured and murdered and Turkish investigators lifted the recording from the Apple cloud.

But whatever is decided between Riyadh, Ankara and Washington, Khashoggi’s fate is likely to remain a mystery. The last word has not been said, mainly because MbS and his following have been mum on the affair from first to last. Our Saudi sources believe the crown prince is under severe pressure from his adversaries inside and outside the royal house. His future hangs in the balance between two options: he may fight back by staging a counter-revolution in the palace to bolster his authority against his rivals or, alternatively, King Salman bin Abdulaziz, may decide to sack him. The name of the ruler of the Kingdom of Saudi Arabia emerging from this struggle may be just as much a conundrum for now as the Khashoggi mystery. The coming issue of DEBKA Weekly 821, out on Friday, Oct. 10, explores the interests and prospects of all the parties involved in the two interlinked affairs. To subscribe, click here.

14 thoughts on “Did the Khashoggi affair spring from a coup attempt against the Saudi crown prince?”