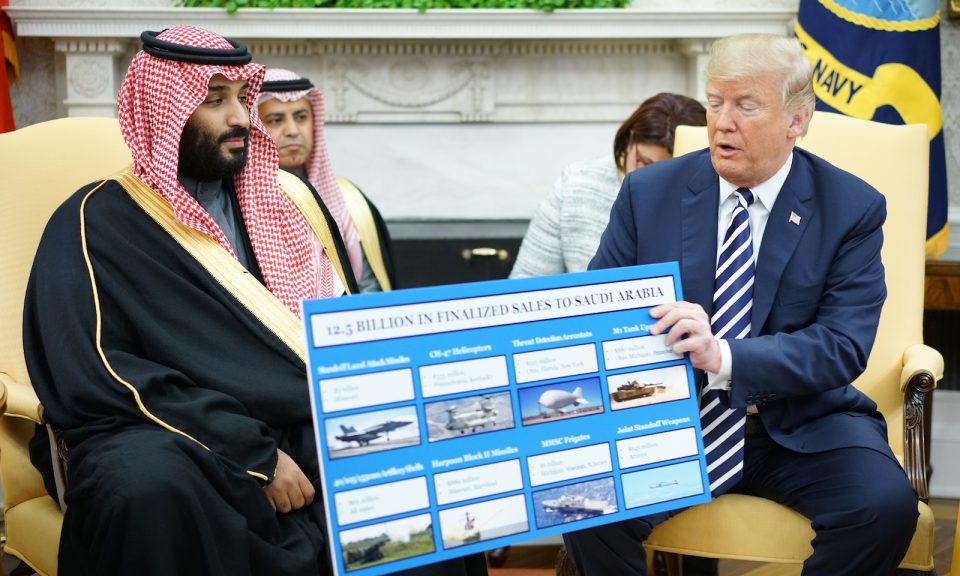 US President Trump’s intended pullout from Syria would dump a heavy burden on the Saudis. The Crown Prince plans to go next to Baghdad.
“Let me have $4 billion to cover the costs of keeping the administration afloat and rehabilitating North Syria,” President Donald Trump said to Saudi Crown Prince Muhamed Bin Salman (MbS) when they met at the White House on March 20. Trump was talking about the areas under the control of the Kurdish SDF party, which is supported by the US military. This challenge led to another: the president’s abrupt comment on Friday March 30: “We’re knocking the hell out of ISIS. We’ll be coming out of Syria, like, very soon. Let other people take care of it now. Very soon, very soon, we’re coming out.”
Some Washington officials explained that this comment “was not an impulsive thought bubble” as it was treated by some. Trump believes that, after the defeat of ISIS, America has done enough and the time has come for other nations to step in and look after their own security interests in Syria. Some officials say this also explains the president’s decision to cancel a US allocation of $200m for sustaining the local government of northern Syria. They say it was approved by Rex Tillerson, before he was sacked as Secretary of State, without the president’s knowledge and as soon as Trump heard about it, he picked up the phone and stopped the transfer of funds.
How the prince responded to Trump’s challenge during their White House encounter is not recorded. However, nine days later, MbS is quoted in TIME magazine as stressing in an interview that the withdrawal of American troops from Syria could create “a lot of things” in the region, and affirming, “If you take those troops out of east Syria, you will lose that checkpoint.”
DEBKAfile notes the conspicuous disparity between the US President, who focuses on northern Syria, while the Saudi Crown is concerned about the east. In effect, the latter presumed correctly that Trump means to withdraw US troops from all of Syria. The departure of US forces from its bases east of the Euphrates River would instantly expose eastern Syria to Iranian and pro-Iranian incursions from Iraq and pose a direct threat to Jordan and Israel. President Trump appears to have decided that this should not be America’s problem and that its forces have done enough. It is now up to Saudi Arabia, Israel, Iraq and Jordan to take over.
One of the steps in the works in this regard, our sources report, is for the Saudi crown prince to pay a visit to Baghdad and see if he can pull together some sort of front of opposition to Iranian expansion, or, perhaps, persuade Iraqi prime minister Haydar al-Abadi, to send Iraqi troops to the Syria border. For the best effect, the prince aims to schedule this visit, which is still in negotiation, for mid-April, a short time before Iraq’s May 12 general election. For Tehran, a visit by the Saudi heir to the throne to Baghdad as well as the Shiite cities of the south which Iran views as its strongholds, would be an unprecedented provocation and challenge to its prime sphere of influence in the Middle East.