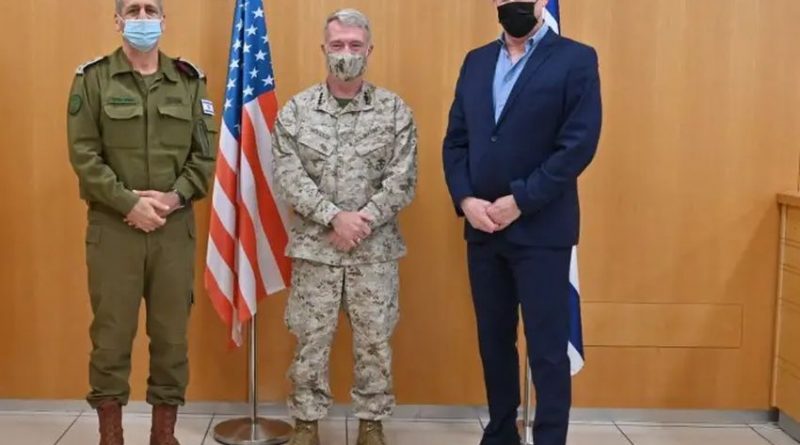 Israel may have to go it alone against a nuclear-armed Iran, said senior minister Tzachi Hanegbi on Tuesday, Feb. 2, because, je said, he can’t see the US taking such a military initiative. The minister spoke the day before an Israel foreign affairs and security cabinet session to discuss the Iranian nuclear issue for the first time since the Biden administration took office. For now, said Hanegbi, it is vital to keep up the pressure of sanctions.

On Monday, Secretary of State Antony Blinken added his voice to the warnings issued by US national security adviser Jake Sullivan and Israel’s top military chief Lt. Gen. Aviv Kochavi, who both estimated that Tehran may be just weeks away from enough fissile material for making a nuke.

That distance is getting shorter. The UN nuclear watchdog disclosed on Tuesday that a second cascade of advanced IR-2m centrifuges for enriching uranium has begun working at Iran’s Natanz underground plant and a third cluster was ready to go. Last week, Tehran announced that it had upgraded uranium enrichment to 20pc at the Fordow plant. That level is still well below 90pc weapons grade, but it is a large jump towards that goal. Tehran is making no secret of all these flagrant violations of the nuclear accord it signed with six world powers in 2015 – ever since the US quit the accord.

DEBKAfile’s military sources point out that key elements of Iran’s nuclear program remain hidden – even from veteran experts who faithfully follow its progress. They all agree on some points, especially that the Islamic Republic wont risk going into production for a single nuke, but only when it has the capacity to roll out 3-5 weapons. The calculus is simple: the US or Israel may target a single bomb but would think twice if Iran was capable of responding in kind and launching a nuclear attack on its attackers. Tehran therefore deems a nuclear arsenal to be a deterrent against an enemy offensive.

The Iran pundits find it hard to pin down the exact point Iran has reached in developing a weapon. Is it only as far as a primitive device, or are they now able to build a nuke sophisticated and compact enough to mount on a missile? And what about, other sensitive components, such as the envelope for the fusion fuel canister, for instance? Is Iran getting help from North Korea or Pakistan on these essential details?

It may be assumed that these questions and more were covered in the quiet conversations US CENTCOM chief Gen. Kenneth McKenzie held in Israel last week, first with IDF Chief of Staff Lt. Gen. Aviv Kochavi and then in a two-hour sit-down with Yossi Cohen, director of Israel’s Mossad agency. Cohen no doubt filled the American general in on the intelligence data behind Kochavi’s landmark speech last Monday, in which he ruled out renewed nuclear talks as “wrong” and disclosed that he had instructed the Israel Defense Forces to prepare a number of operational plans, in addition to those already in place.”.

“It will be up to the political leadership, of course, to decide on implementation,” the general noted. “But these plans need to be on the table.”

It stands to reason that the CENTCOM chief will be drawing up military plans of his own ready to show to the new US president in the event of a decision to strike Iran.

Parallel to the military track, Washington and Tehran have been talking on the quiet for some weeks. Most recently, Saudi Arabia, the UAE and other Gulf emirates have jumped in to test Iran’s waters for any signs of readiness to engage in talks on an improved nuclear deal. A notable figure in all these moves is the newly CIA chief, Wiliam Burns, who was the key figure in the Obama administration’s backdoor talks in Oman in 2013-1014, which ripened into the 2015 accord.

The most notable development now is that the IDF is preparing for action against Iran’s nuclear program – even if it has to do it on its own.

Meanwhile, Washington and Tehran are moving along a predicable track, each waiting the other to make the first move.

On Saturday, Tehran stressed that the nuclear deal was “non-negotiable” and its participation “unchangeable” and repeated its demand for the lifting of US sanctions before its consent to return to the table. President Joe Biden insisted that Iran must first come into full compliance with its terms.

Then, on Monday, FM Mohammed Javad Zarif suggested that a European Union official could help “synchronize” or “coordinate” efforts by Iran and the US to return to a 2015 nuclear accord “as a standstill persists over which country will take the first step.”

The conflict is therefore taking on a wider dimension. Biden’s diplomatic stance towards Tehran is obviously being watchfully eyed by Presidents Vladimir Putin and Xi Jinping as well as the North Korean ruler Kim Jong-un and may go far towards determining his administration’s standing on the international scene.

Israel faces a perilous quandary. Gen. Kochavi’s comments on the Iranian threat woke up the Israeli lobby of former security chiefs that thwarted the plans prepared by then PM Binyamin Netanyahu and his defense minister, Ehud Barak, to nip Iran’s nuclear weapons program in the bud with a military attack.

But these days, following the new relations and understandings Israel reached during the Trump administration with Gulf nations and Morocco, the Jewish state has an overriding need to preserve those highly strategic ties. At the same time, its government is bound to preserve its freedom of action against Iran obtaining a nuclear capability for aggression, while also remaining in sync with the United States, Europe and the Gulf.

Netanyahu is meanwhile preparing the ground for action. On Monday, he was closeted with the finance minster Yisrael Katz and Gen. Kochavi to put together a three-billion-shekel package (roughly $910 million) to fund a possible military attack on. On Wednesday, the security cabinet was to be convened to air the options. But time is short. If the incumbent government decides on action, it will have strike before the general election takes place on March 23