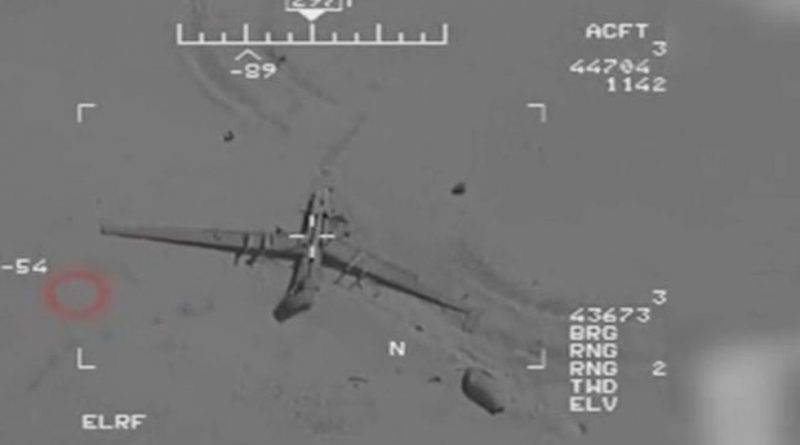 The attack which killed 12 pro-Iranian militiamen in eastern Syria on Saturday night, June 6.is sourced by DEBKAfile’s to drones positioned at the big US Ain Al Asad air base in western Iraq. Syrian opposition sources report that three days earlier, Iraqi and Afghan militia fighters crossed over the border in 30 vehicles and arrived at the Iranian Rev Guards base in Mayadeen city at Deir Ez-Ezor in eastern Syria. The convoy carried substantial reinforcements, ammunition and logistical equipment from Iraq.

Two nights earlier, an airborne missile strike attributed to Israel hit an advanced weapons development complex run by Iran outside the town of Masyaf in the northwestern Hama province. Nine people were reported killed, of them “foreigners” Syrian media reported that the missiles were “intercepted by Syrian air defenses.”

DEBKAfile’s military sources note that Iran’s drive to establish a strong military presence in Syria – and the campaign to root it out – both continue unabated by the coronavirus affecting its leading players. The campaign is roughly governed by a division of labor between the US military, which takes care of Iran’s incursions and buildup in eastern Syria around its Iraqi border, and Israel, whose air force is routinely identified by Syrian media as singling out Iranian and Hizballah targets in the western regions and in southern areas around its own border. This policy is unchanged by new Defense Minister, the Alternate PM Benny Gantz.