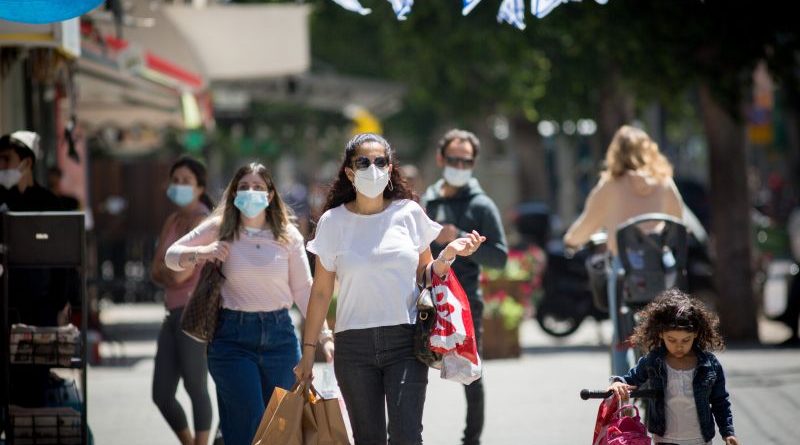 Israel is spending its national memorial and independence days in full lockdown after joining several nations in easing coronavirus restrictions. Hospital cases and deaths are slowing down all over against mounting public impatience with confinement and widespread penury. The number of global cases rose to three million by Tuesday, April 28 and at least 209,000 had died while some 884,000 people recovered.

Many experts forecast a fresh world assault by the unpredictable coronavirus. Nonetheless, people can’t wait to jump back into their normal lives. And so worried health authorities are pushing back hard to keep face masks, social distancing and other preventive protocols firmly in place.

The US is hard hit with more than a million confirmed cases and 57,000 dead. Still, the House of Representatives resumes sessions on May 4. Georgia, Texas, Michigan, Hawaii, Arkansas, Tennessee, Oklahoma and Alaska, have begun reopening, although leading experts say it is too soon. Cautious New York decided for the first to time to cancel the state’s June 23 presidential primary over coronavirus concerns.

Canada’s death toll rose by five percent to 2,617 in a day and confirmed cases to 47,327. Some 2.3 million Australians have downloaded the government’s COVIDsafe tracing app since it was launched on Sunday. The app helps disease experts find people who may have been exposed.

New Zealand Prime Minister Jacinda Ardern has claimed the country scored a significant victory against the spread of the coronavirus as it begins a phased exit from lockdown.

South Korea has made great strides in tackling the coronavirus with daily cases now well below 20, but it has also found people who were thought to have recovered from the virus getting it again. Finding out whether it is reinfection or reactivation could be crucial for efforts to develop a vaccine.

Brazil’s government is working on a plan to gradually open up economic activity. In particular, fans welcomed the words of a senior Economy Ministry official that he expects professional football matches to resume behind closed doors soon.

Turkey’s confirmed cases increased by 2,131 in the past 24 hours, and 95 more people died, raising the death toll to 2,900. The total number of cases in the country stood at 112,261, the highest number for any country outside Western Europe and the US. President Recep Erdogan has announced a lockdown for 31 cities from May 1 until the end of Ramadan in late May.

Iran plans to reopen mosques in parts of the country that have been consistently free of coronavirus infections, President Hassan Rouhani announced.

Another 360 people have died in British hospitals, bringing the total death toll to 21,092. The 360 increase was the lowest daily death toll for four weeks, although weekend reporting delays can distort Monday totals.

Italy has announced its two-month restrictions will be lifted from May 4 when bars and restaurants will be able to provide takeaway as well as delivery services, and people will be allowed to move around their own regions, but not beyond.

Deaths in Italy rose by 333 against 260 the day before, but the daily tally of new cases declined to 1,739 from 2,324 on Sunday, the lowest reading since March 10. The total death toll in Italy stands at 26,977, the second highest in the world after the US.

The Netherlands’ number of confirmed coronavirus cases has risen by 400 to 38,245 health authorities said, with 43 new deaths. The country’s death toll stands at 4,518,

Sweden claims its controversial low-restriction response to the coronavirus is working. Some 30pc of Stockholm’s residents have reached a level of immunity and the entire capital could reach herd immunity by next month.

the world’s third-highest number. This week, Spain began easing conditions, n, allowing children out to play for the first time in six weeks.

While several airlines are preparing to resume service to Tel Aviv, Japan added 14 countries, including Russia and Saudi Arabia, to its entry ban. Already banned are the US, China and all of Europe.

Israel, whose high street shops and industry are mostly back on the first time next Sunday for small groups of pupils at one time track, has decided to reopen preschool and 1-4 grade classes for small groups of pupils from next Sunday. By Wednesday night, Israel’s death toll was 208, confirmed cases 15,589 with the seriously ill down to 117 and 94 patients on ventilators.