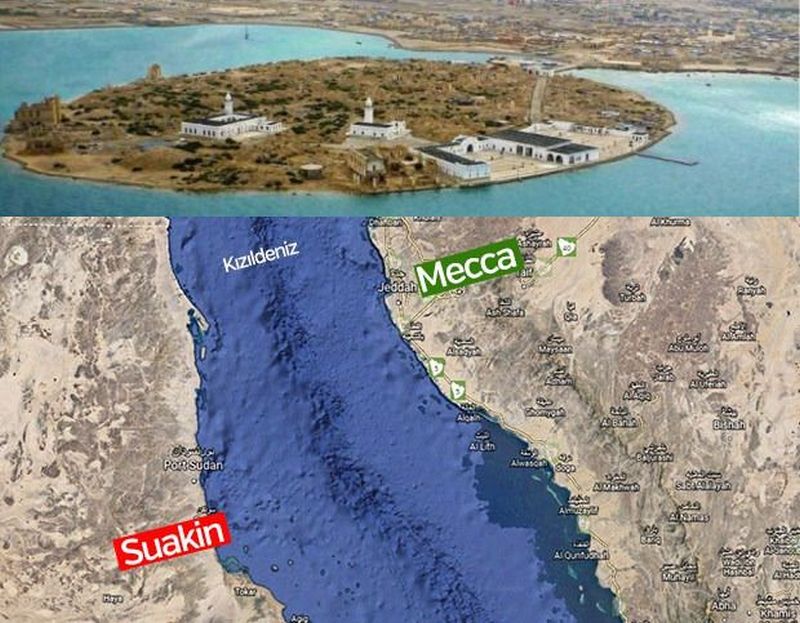 Almost a century after the Ottoman empire lost its last foothold in the Red Sea, Turkish President Tayyip Erdogan gained control of the remote Suakin island on the crossroads between Saudi Arabia and Port Sudan.

Egypt countered by consigning army units with military transfer vehicles and SUVs to the Eritrean military base of Sawa in the Gash-Barka region where Eritrean Defense Forces conscripts undergo their basic training.

Cairo did not act alone. DEBKA Weekly’s military sources report that Egyptian and United Arab Emirates military and security leaders held an emergency meeting at the Sawa base in the first week of January, along with Sudanese opposition representatives from Darfur and East Sudan.

Suakin Island has exceptional strategic value by virtue of its special geography and history of serving old and new empires. Situated off northwestern Sudan’s Red Sea coast, this island is just 20km square, only 66 meters above sea level and about 560km from Khartoum. But it is valuable as a link between Ethiopia and surrounding regions and a sea connection with Jeddah, on the western coast of Saudi Arabia.

It was once a center of Islamic civilization on the coast of East Africa and an important mercantile port of the Mamluks who ruled Egypt and Syria until the Portuguese in the 15th century ravaged the Muslim regions of East Africa. The Ottomans under Selim I saved many of those regions. But after they lost their Middle East empire in the early 20th century, Suakin Island went by the board, along with the rest of their dominions.

President Erdogan is known for harboring imperial pretensions. On December 24, he arrived in Khartoum and signed a dozen wide-ranging accords with Sudanese President Omar al-Bashir, one of which granted Ankara the lease of Suakin island. There were also agreements covering the building of a new airport for the capital Khartoum, a free trade zone in Port Sudan, a port and shipyards for military and civilian ships in the Red Sea, grain silos, a university, a hospital and power stations.

A separate set of pacts strengthening cooperation between the Turkish and Sudanese armies was signed by the Turkish chief of staff Gen. Hulusi Akar and his Sudanese counterpart Gen. Paul Malong.

Those pacts and the lease of Suakin to Turkey sent alarm signals flashing in Cairo, Riyadh and Abu Dhabi. They pictured a large Turkish base and facility with the most advanced equipment rising on the island, that would bring the Turkish army uncomfortably close to UAE bases in South Yemen and overlooking the Strait of Bab elk-Mandeb, which connects the Red Sea and Gulf of Aden, Asia and Africa.

Erdogan immediately ordered the restoration of Ottoman relics on the island to be carried out without delay. His plan is to make Suakin an important wayside station for Turkish Muslims on pilgrimage to Mecca. They would fly to Khartoum, sail to the island and then be transported by ferry to the shrines in Saudi Arabia.

But in Cairo, Riyadh and Abu Dhabi they are convinced that Erdogan’s ulterior purpose in this plan is to establish a strong Turkish military and naval base on Suakin on the pretext of the need to secure the passage of Turkish pilgrims. If they have got it right, they will soon enough find they are confronted with an expanding Turkish military presence in the Persian Gulf and Red Sea. Suakin will be the third base Turkey is establishing on their doorstep on top of those already existing in Mogadishu, Somalia and Qatar.