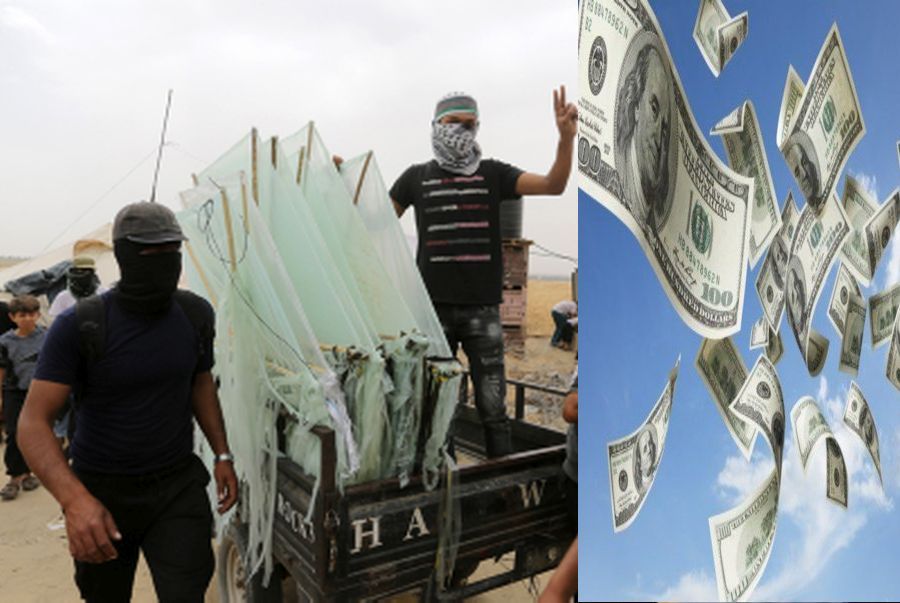 Cairo is going out of its way to push Israel into accepting one of the worst deals it has ever been offered, even if the prize on offer is membership of the Sunni bloc Egypt is building with Saudi Arabia and the UAE.
The latest Egyptian draft embraces the Palestinian Hamas’ corruption of Israel’s offer of “calm in return for calm.” Holding the truce deal up for ransom, Hamas may be getting away instead with “calm in return for cash.” Long dealings have taught counter-terror authorities everywhere that yielding to terrorists’ demands for payouts is fraught with every kind of danger – even when, as in the case of the Gaza Strip, the deal is wrapped around with “humanitarian considerations,” as some Israel ministers have tried to maintain.

In the hope of bringing Palestinian Authority chairman Mahmoud Abbas (Abu Mazen) aboard after many failed attempts, Egyptian President Abdel-Fatteh El-Sisi invited him to be the guest of the World Youth Forum meeting on Nov. 3 at the Sinai resort of Sharm El-Sheikh. He was given the opportunity to present the Palestinian case to the 165 attendees. To secure the event, the Egyptian military was placed on high alert in all of southern Sinai and roads to the town were blocked. A police cordon was thrown around the airport for the incoming visitors and explosive detection devices were diverted to Sharm away from their regular duties of combating the major ISIS peril in Sinai. All these measures were taken for the sake of El-Sisi’s determination to achieve a long-term truce for a three-year pause in Gaza violence staged by Palestinian terrorists who are hand in glove with ISIS, the terrorists plaguing Egypt from Sinai, next door to the Palestinian enclave.

The Egyptian president, while attempting for the umpteenth time to persuade the Palestinian leader Mahmoud Abbas to take charge of the Gaza Strip, cannot offer him any guarantees that Hamas will dismantle its armed Ezz-e-Din al-Qassam militia now or in three years’ time, or surrender its missiles and heavy artillery to the Palestinian Authority. This provision is Abbas’ sine qua non for taking charge of the territory, which is a critical element of the Egyptian plan. He has neither army nor the weapons for  asserting his authority there against armed Hamas terrorists.

All El-Sisi could offer Abu Mazen was simply this: There is nothing I can promise you for now. All I am trying to do at this time is to prevent a major war breaking out between Israel and Hamas in the Gaza Strip. Are you with me or not?

Abbas’ reply is still unknown. However, other things are on the move in the Gaza Strip. For endorsing the Egyptian plan, Hamas has been assured the sum of $90m to cover its payroll for six months – part of the sum to be put up by Qatar. Fresh demands will inevitably be forthcoming after six months. Clearly Hamas’ demand for $15m per month in cash has been met and all the parties to the truce negotiations have caved.

A mechanism for ascertaining that this amount is not spent on terrorist activities was provided for in the plan. However, all the international mechanisms ever installed in the Gaza Strip for keeping the incoming aid funds flowing into projects for easing the population’s extreme hardships, have been forced to abandon their missions. As a result, Hamas had plenty of aid cash to build a network of terror tunnels and develop new weapons and devices.

The Israeli government has not seen fit to release to the public the content of the Egyptian truce plan for Gaza. DEBKAfile’s sources can reveal that the clauses most critical for Israel are absent. There are no sanctions or penalties hanging over Hamas’ head for violations of its commitments to a truce; exchanges of Israel fallen and hostages for Palestinian prisoners is not provided for now – maybe in few years’ time. And Hamas is under no prohibition against continuing to manufacture and develop missiles, rockets or any other weapons of aggression. The only viable provision contained in the deal Egypt has drawn up for a Gaza truce is a one-way infusion to Hamas of  Cash for Calm.