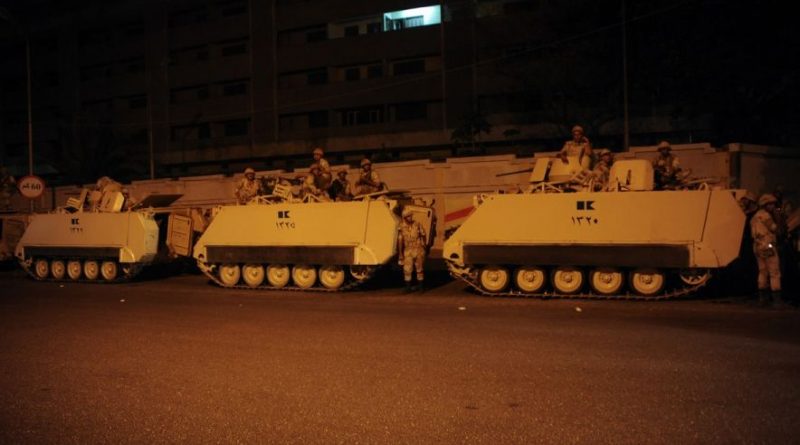 A consignment of Egyptian T-72 tanks and APCs arrived in Libya on Thursday, Dec. 19, to bolster Gen. Khalifa Haftar’s Libyan National Army (LNA), which had just broken through to the southern outskirts of Tripoli. This consignment was personally ordered by Egyptian President Abdel-Fatteh El-Sisi, DEBKAfile’s military and intelligence sources reveal, along with instructions to a number of Egyptian air force squadrons to stand ready to support Haftar’s push to take the capital from the UN-recognized Government of National Accord.

El-Sisi took those steps in response to the Erdogan government’s reported plan to send over a volunteer force from the Turkish Muslim Brotherhood (SADAT) to help the GNA resist Haftar’s push into Tripoli. SADAT consists of former Al Qaeda and ISIS jihadists recruited in Syria by the Turkish MIT intelligence agency. Our sources add that a number of Hamas activists hosted by Turkey have trained with these units.
It was in reference to this Turkish intervention in the Tripoli battle that El-Sisi declared this week: “The Libyan government has been held hostage by terrorist militias in the capital, Tripoli.”

This week, the Libyan Muslim Brotherhood convinced the Tripoli government to formally apply to Ankara for military assistance to repel the Haftar advance.

Turkish military aid to the GNA thus far consists of 3,000 army “advisers” and a steady supply of weapons systems, including anti-tank rockets and drones.

Haftar’s army is solidly backed by Egypt, the United Arab Emirates and Russia. The Egyptians provide intelligence, weapons and ammo; the Russians have deployed thousands of mercenaries, most from the Wagner Group contractors, some transferred from Syria to Libya; and the UAE recently supplied the Haftar force with a small squadron of six US-made Archangel ISR planes. These aircraft usually provide  police forces on the ground with surveillance and back-up fire. The Haftar army has turned them into bombers.
If Turkey goes through with its plan to deploy Muslim Brotherhood volunteers to Libya, The Egyptian air force will go into action for a showdown against Turkish intervention.