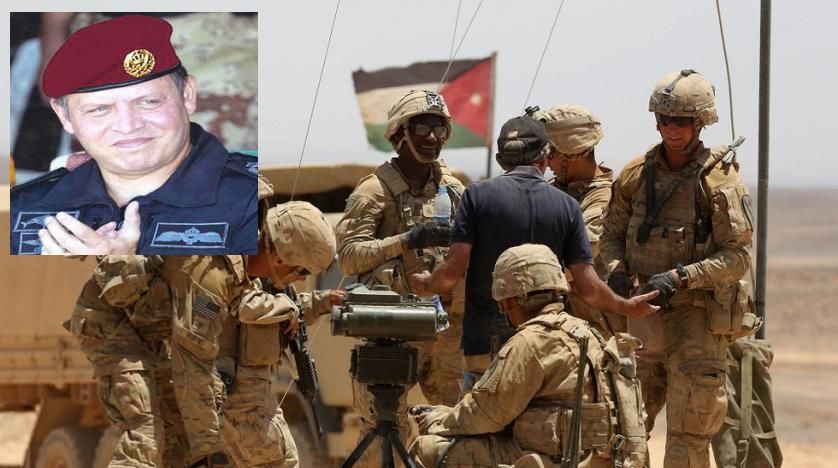 The Hamas activists who spearhead radical Muslim Brotherhood opposition to Jordan’s King Abdullah were encouraged by Israel’s consent to the deal with Gaza’s Hamas rulers that was brokered by Egypt. They concluded from Israel’s avoidance of a large-scale military operation that their Gazan brothers’ terrorist tactics had bested the IDF’s renowned military and intelligence capabilities. They are contemplating borrowing those tactics to give the already shaky Hashemite throne in Amman a final push.

On the throne for 20 years, the 57-year old monarch’s low spirits raised alarm in Western circles during his visit to Washington in early March. King Abdullah turned down every Middle East project put before him, especially President Donald Trump’s Israel-Palestinian peace plan, when they were presented by Vice President Mike Pence, Secretary of State Mike Pompeo and the president’s special advisers Jared Kushner and Jason Greenblatt. The gloomy Jordanian King told them all not to count on him for any kind of cooperation in implementing US policies in the region.

On March 29, when Gaza was on the brink of tipping over into a major clash, the Muslim Brotherhood quietly scored a victory by pushing through the Jordanian parliament for the first time a motion voiding the natural gas contract signed with Israel by the Jordanian electricity company. In an attempt to save the deal, the royal court referred the issue to the Jordanian constitutional court for a final ruling. The Gazan Hamas’ long arm had clearly reached the Brotherhood in Jordan and succeeded in inflicting a disastrous blow to the kingdom’s economy.

King Abdullah has been trying to ward of the extremists’ threats by distancing Amman from Washington and Jerusalem. He has publicly slammed the Trump administration’s policies in the region and taken the lead in the campaign against Israel over Temple Mount and Jerusalem.

For many years, King Abdullah counted heavily on military, intelligence and economic support to keep his kingdom afloat and stable. But now, when he is more in need of a helping hand than ever before, he is separating himself from his champions.
Two big perils are becoming uncomfortably acute: