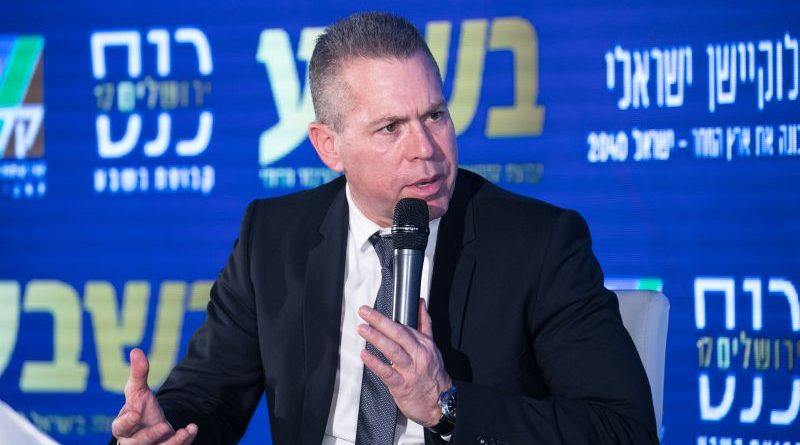 While removing an impediment to PM Binyamin Netanyahu’s cabinet reshuffle, Gilead Erdan’s dual appointment as ambassador to the UN and the US plants a key loyalist in a forward position for deflecting diplomatic fallout if – and when – Netanyahu declares Israel sovereignty over parts of the West Bank. The iconic Abba Eban was only Israeli diplomat before him to hold the two posts.

A popular Likud figure, Erdan at 49, will take up his post in New York after approval by the new coalition government to be sworn in on Thursday, May 14; and the Washington embassy when Ron Dermer quits after the US presidential election. His departure from the Public Security Ministry after five years frees the post for Netanyahu to apportion to any of the Likud adherents clamoring for portfolios in the list diminished by the unity government deal. He belongs to a small Likud elite seen in line for the succession.

Erdan took a leading role in combating the BDS movement and is an experienced politician, having served as Minister of the Environment, Strategic Affairs and Communications, but is a stranger to international forums and foreign diplomacy.
Erdan’s immediate superior will be Gaby Ashkenazi, the incoming foreign minister assigned to Likud’s coalition partner Kahol Lavan, although no one doubts that he will take his lead from the prime minister. The orientation of this party’s leader Benny Gantz and his allies tends to be centrist or even tilt to the left. When Gantz takes over the premiership in eighteen months, he will be at liberty to drop Erdan as ambassador to Washington, but Erdan will stay on as envoy to the world body.

Netanyahu has taken advantage of going first as prime minister to position Erdan on hand to lead Israel’s defense against the international outcry expected in the world body against a possible move to extend Israel sovereignty to parts of the West Bank. Netanyahu is allowed to do this after July 1 under his partnership deal with Gantz. Kahol Lavan’s leaders are equivocal about this and may rally against him under a thunderous international uproar. This is inevitable since the world body and its subsidiaries have a consistent record of pro-Palestinian bias. For years, the Palestinians have gained wide support for branding Israeli settlement on the West Bank illegal and their claim for statehood in the entire territory. Israel disputes this contention, citing security needs and biblical, historical, and political affinity to the land, a contention embodied in US President Donald Trump’s Middle East peace plan.

Trump’s re-election would make Erdan’s job in Washington that much smoother, although the traditional bipartisan support Israel has enjoyed in the past is cracking under Democratic disapproval. Some lawmakers argue that annexation is inconsistent with their vision of a two-state solution of the Israel-Palestinian dispute.

Netanyahu is unlikely to back down from his pledge, especially if the right-wing Yemina comes aboard to counterbalance what its leaders call his “left-wing” coalition. He may hope to mute the disapproval inside the cabinet and internationally by acting in stages, starting with the annexation of the Jordan Valley as an essential security component on Israel’s eastern border, before going forward to extend sovereignty to the communities dotted over Judea and Samaria. Many believe that Netanyahu, Israel’s longest-serving prime minister, will hold to this plan as integral to his legacy.
French President Emmanuel Macron did not to wait to vanquish the coronavirus before taking a preemptive posture. On Tuesday, he began pushing for the European Union, Israel’s largest trading partner, to impose sanctions if Israel extends its sovereignty to any part of the West Bank. Belgium, Ireland and Luxembourg are listening.  EU foreign policy chief Joseph Borrell said in February Trump’s plan departed from “internationally agreed parameters”. Borrell said that steps to annex Palestinian territory, “if implemented, could not pass unchallenged.”   However, collective sanctions would not gain the mandatory unanimous support of all 27 members, since some of them, such as Hungary and the Czech Republic, would not go along. However, France as a permanent UN Security Council may initiate action and in any case support Palestinian steps in the world body. Erdan faces a fairly lively first experience when he enters the world arena.