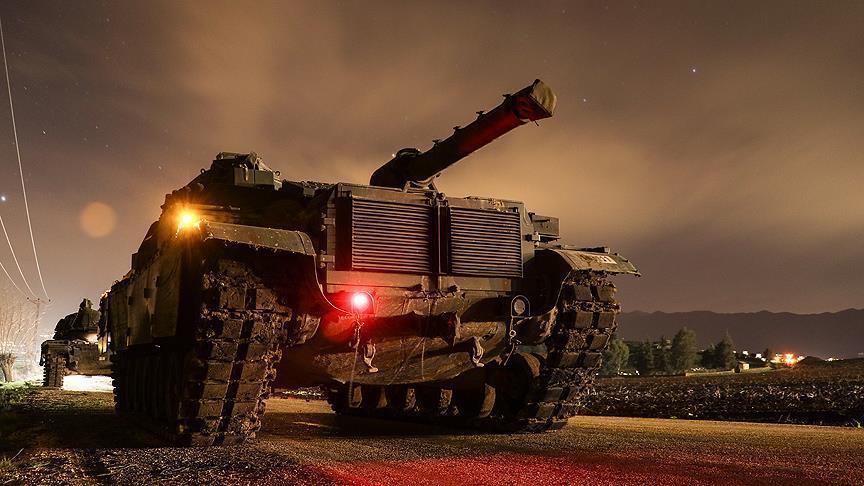 The Turkish president has told Trump and Putin he would not seize N. Syrian Afrin from the Kurds after insignificant gains in his three-day military assault.

DEBKAfile’s military sources report that, notwithstanding the Turkish army’s claim to have captured four Afrin villages, there were no real military clashes and the Kurdish YPG militia simply opened the door and withdrew. Turkish forces are meanwhile making no preparations to move on to take the enclave’s main town of Afrin. They appear to have marked out a narrow strip of the northern Syrian border region to pave the way for moving east towards the Kurdish-held town of Manjib. Our sources report that Turkey’s war for Afrin is virtually at a standstill, but for sporadic cross-border artillery shelling and occasional air strikes, confirming Erdogan’s assurance to the US and Russian presidents that he was not planning to conquer Afrin.

However, our sources’ prediction that his next target was to be Manjib was confirmed Tuesday, Jan. 23, when Syrian sources reported that the Turkish army had opened another front and was advancing towards Azzazz, to the east of Afrin and 32 km northwest of Aleppo. In his note to US President Donald Trump, Turkey’s Tayyip Erdogan also recalled an American-backed commitment that Kurdish forces would not move west, across the Euphrates River, which he claimed they had repeatedly violated. Now, Erdogan is demanding that the Kurds pull back across the river, namely, evacuate Manjib. Diplomatic mail moved between Ankara and Washington, with no real US action, beyond demands for restraint.

On Monday, Jan. 21, when his communications with Moscow on the Afrin issue came to light, Erdogan declared: “Turkey will not step back from Operation Olive Branch until its goals are achieved.” He also claimed he had reached an understanding with the Russians on those goals – even though their talks are still far from any such understanding.
Yet Moscow is keeping open lines with Ankara for two objectives of its own:

33 thoughts on “ Erdogan holds back on threatened conquest of Afrin, goes for Manjib”