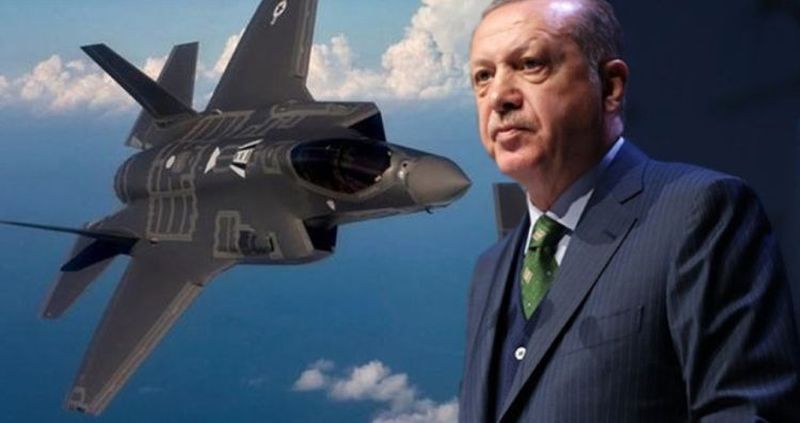 Turkish President Recep Erdogan still seems sure he can grasp two ends of the stick: after buying advanced S-400 air defense weapon from Russia, he thinks he can escape the punitive economic sanctions threatened by the Trump administration. But he may have overplayed his hand.

After the first S-400 deliveries last week, Erdogan bragged on Monday, July 15: “It was said that we will be unable to purchase them and get them delivered. By April 2020, they will be fully deployed… We hold true to our words to the Turkish people: S-400 is the best missile defense system in the world. I hope we can produce it together with Russia.”

Just a month ago, Erdogan tried telling Washington: “The US should think deeply because losing a country like Turkey will not be easy. If we are friends, if we are strategic partners, then we should handle tis issue between each other.” Regarding the US threat to withhold the F-35 stealth fighter, he undertook to keep the US and Russian equipment separate “to avoid allowing Russia access to US stealth technology.”

Erdogan clearly trusted that President Donald Trump would not jeopardize their good relations or withhold the American F-35s from his air force, an impression that was strengthened by Trump’s comments at the G20 in Osaka: “Obama administration said no, no, no to Turkey when they wanted to purchase Patriots and they [Turkey] bought S-400,” said Trump on that occasion. “It is not Turkey’s or Turkish President Recep Tayyip Erdogan’s fault,” he said. “Erdogan is a tough guy, but I get along with him.”

Trump’s apparent softening on the S-400 deal whetted Erdogan’s appetite for continuing to test his will against Washington in additional sensitive arenas:

1. On Sunday, July 14, Ankara announced the continuation of drilling for gas in waters off Cyprus, despite the Greek Cypriot government’s rejection of the cooperation proposal put forward by Turkish Cypriots. Two Turkish drilling ships sent to Cyprus drew a warning from Washington, but Erdogan told his people to ignore US warnings. Cyprus has since issued arrest warrants for the crew of one of the ships and the European Union is considering slashing contacts and funds for Turkey.

2. Turkish media were briefed by the president’s office to reveal that large Turkish military forces were massing in northeastern Turkey ready to march into Syria and cross to the eastern bank of the Euphrates for an offensive against the Kurdish YPG militia which controls the region.

3. Before this, the White House had been assured by the US special adviser on Turkey James Jeffrey of a deal closed between Ankara and the YPG for holding back the transfer of the Russian S-400s to Turkey. It now turns out that Erdogan never had any intention of honoring this deal.

4. Ankara restarted its aerial bombardments of PKK targets in northern Iraq. The Turkish Kurdish separatists hit back on Wednesday, July 17 when gunmen in military uniforms shot up a restaurant in the Iraqi Kurdish capital of Irbil, killing three Turkish diplomats. DEBKA Weekly’s sources report that Erdogan, beside himself with fury, warned the Trump administration that his revenge would take the form of a major military operation against the Kurds. He did not say which Kurds: Irbil is a close American ally.

This threat came on the heels of an ultimatum from Ankara that aimed at deterring Trump from imposing economic and financial sanctions over the S-400 transaction: If the sanctions are clamped down, it was made clear that the Turkish army would cross the River Euphrates and go to war on the Kurds of northern Syria, so destabilizing American military control of the region.

Turkey has, furthermore, started drilling in Cypriot economic waters between Cyprus and Syria in defiance of American objections, an action that may spark Israeli military intervention to defend its own economic waters, which are thought to contain rich deposits of gas.

In both these instances, Erdogan may have overrated his importance to the US game.

They discussed cooperation between the three Mediterranean countries and the planned East-Med pipeline for connecting Israel and the European Union.

Turkey must have inferred that serious plans were for the underwater oil and gas fields of the eastern Mediterranean were in motion and backed to the hilt by Trump.

The delivery of two shipments of Russian S-400 since then has stiffened the Turkish ruler’s resolve to go head-to-head with Washington, still trusting that Trump will ultimately give way and agree to renegotiate relations on a new and more gainful basis. Our sources confirm that this trust is misplaced.

The Turkish economy is still reeling from last year’s currency crisis. On Monday, its currency took another hit when the markets reacted to the president’s firing of the head of the central bank on July 6, stirring concerns over the independence of the country’s monetary policy. Erdogan’s attempt to control interest rate policy, has tripled the budget deficit. Facing economic ruin, as a result of US sanctions, the Turkish president is likely to introduce capital controls, nationalization and other restrictive policies.

According to the latest information reaching DEBKA Weekly, Washington, far from being deterred by Erdogan’s bellicosity, has had enough and is putting the finishing touches on economic sanctions for Turkey. For starters, Washington on Wednesday formally excluded Turkey from NATO’s F-35 stealth fighter program and Turkish crews training in the US were ordered to leave. White House spokeswoman Stephanie Grisham said: The US-made F-35 Joint Strike Fighter “cannot coexist with a Russian intelligence collection platform that will be used to learn about its advanced capabilities.”