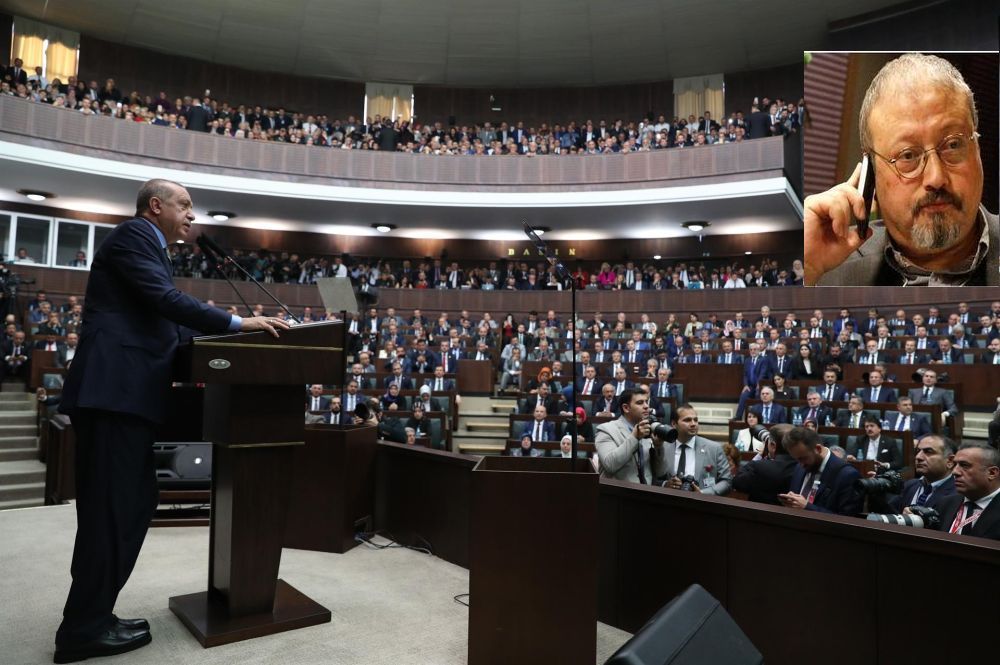 Turkish President Tayyip Erdogan withheld the promised “naked truth” about the Saudi role in the murder of Jamal Khashoggi at the Saudi embassy in Istanbul on Oct. 2 in his speech to parliament on Tuesday, Oct.23. He failed to produce any of the audio or video evidence of the crime, which Turkish authorities claimed to possess during weeks of disseminating sensational leaks to the world media. His references to Saudi King Salman were deferential: “His denial of prior knowledge of the crime is sincere.” And he made no mention at all of the beleaguered Crown Prince Mohammed bin Salman.

The Turkish president noted that the 18 people arrested in Riyadh were those named by Turkey as the assassins, saying they should be tried in Istanbul. He also referred to a team of three people, without identifying them, who he said, arrived in Riyadh the day before Khashoggi’s disappearance and scouted a forest near Istanbul. This suggested that the Saudis had prepared a hiding place for the murdered journalist’s remains and therefore knew where the body was. Erdogan called for an independent inquiry into the affair, asserting: “This was a political killing!”

DEBKAfile’s analysts make certain inferences from the mildness of the Turkish president’s accusations. One is that he and the Saudi royal house have come to a deal to defuse the affair, to which President Donald Trump is a party. Alternatively, Erdogan himself was short of smoking-gun evidence to support those accusation. It is also possible that he has learned from his own record of making political opponents disappear, whether from the Turkish army, police or intelligence service, that holding back information increases his bargaining power.
He has already milked international outrage over the assassination of the Saudi journalist for great personal benefits and can afford to allow it to die down.

In all 15 years at the helm of Turkish government (11 as prime minister and four as president), he has never felt stronger or closer to his imperial ambitions. In the weeks after the Khashoggi episode erupted, he bounced his fortunes from rock bottom to the pinnacle of world affairs. Before, he was grappling with a sinking currency, a bitter hate contest with fellow Muslim rulers, excepting only Qatar, over his support for the Muslim Brotherhood, one foot out of NATO, and nearly half a million Turks deprived of their livelihood by his massive purges after the 2016 that nearly toppled him.
After the Khashoggi affair broke, Erdogan is sought after by world leaders, whether in Washington or hostile Riyadh, and entertains high hopes of achieving goals that were once out of his reach: