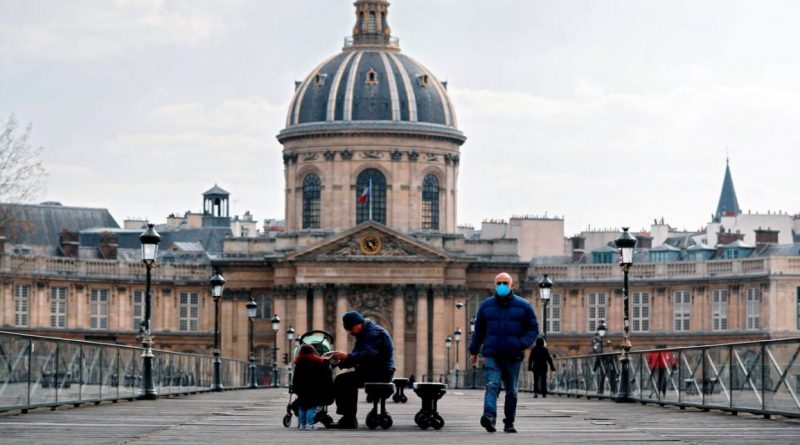 Israel begins easing up on a month-long lockdown for curbing its second wave of coronavirus, while Europe girds up for the pandemic’s second onslaught. Sure that the first wave had been tamed, European leaders are now sorely perplexed over how to cope with its return. No one has yet come up with a one-size to fit all cases. The hoped-for vaccine remains elusive.

On Thursday, Oct. 15, Israel’s Coronavirus Cabinet approved the reopening of nursery schools, small workplaces that don’t receive public, and small family gatherings – the first steps in a nine-part exit plan, each stage separated by two weeks. The ministers hope against hope that this cautious approach will prevent a third surge.

France announced a night-time curfew for at least four weeks in Paris and eight other cities, Marseille, Lyon, Lille, Saint-Etienne, Rouen, Toulouse, Grenoble and Montpellier affecting 22 million people, and declared a health emergency over the rapid spread of the virus.

Germany announced that bars and restaurants in higher-risk areas must close early after recording the highest level of infection, 6,638 new causes, since April. Private gatherings are limited to 10 people from two households. The new spread is blamed by officials on people flouting advice to wash hands, wear masks and keep at a safe distance.

Spain’s north-eastern region of Catalonia said bars and restaurants would close for 15 days from Thursday. Netherlands is in partial lockdown. The Czech Republic, with the highest rate of infection in Europe, reporting 581 cases per 100,000 people, has shut schools and bars. The Irish government has imposed a ban on household visits.

In the UK, Liverpool is the only area in the top tier of restrictions, but talks are continuing between the government and local leaders over the expansion of the strictest coronavirus restrictions in more parts of England. London Mayor Sadiq Khan warns that the capital is on the brink of “high alert” with 1,722 new cases recorded on Wednesday and an infection rate of more than 730 per 100,000 people.

In the US, too,  virologist Dr. Anthony Fauci is urging the Trump administration to redouble its efforts to contain the virus during autumn and winter, as cases have surged in 37 states and are affecting three-quarters of the country.

This week, US President Donald Trump’s teenage son Barron contracted coronavirus but has since tested negative, First Lady Melania Trump revealed. Both the president and the first lady also tested positive for coronavirus – as well as other White House staff. Parading his recovery, Trump returned full blast to the campaign trail to fight the Nov. 3 election.

The longer the coronavirus pandemic hangs around, the greater the uncertainty about its traits, trajectory and length. The only common factor is the blame universally directed against ordinary people for not observing the basic rules. After 38.4 million confirmed Covid-19 cases worldwide and 1.09 million deaths, scientists and physicians are still struggling to understand the wayward coronavirus and are deeply worried by the persistence of its after-effects.

Most people who contract the disease are told they will recover from mild infections within two weeks and the more serious within three. However, the fact is that many thousands are already living with its after-effects which are yet to be defined and understood. Some are attributing to “ongoing Covid,” the debilitating syndromes that may continue to affect almost every organ in the body, regardless of the mildness or severity of illness. They note possible  permanent damage to lungs and heart, extreme long-term fatigue and other as yet uncharted syndromes. The discovery of 81 Israeli patients who were re-infected from a former bout of coronavirus may come under the category of “ongoing Covid.” But it also places a question mark over the long-term value of a vaccine, when one is finally approved,